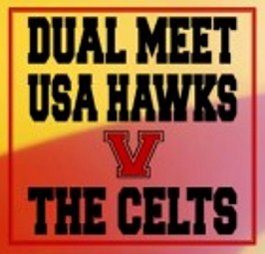 A Celtic Face-to-Face challenge is to take place in Northern Ireland on 13th June between The Roger Williams University Wrestling Team, known as The RWU Hawks from Rhode Island USA and members of the National Talent Squads from Northern Ireland, Republic of Ireland, Scotland and Wales.

The two competing teams will battle one-to-one, using Freestyle Wrestling on a wrestling mat to win the Celtic Challenge Cup.
The Northern Ireland Wrestling Association is building a three-day wrestling camp around the Challenge that promotes the sport of wrestling in Northern Ireland and aims to engage with and encourage young people to exercise more.

Wrestling is excellent for fitness and an exciting and challenging sport. The organising team would be delighted if you could join them for an educational, fun-filled sporting event. They are putting on free training sessions, matches and opportunities to swap skills and techniques with guest coaches and wrestlers from Wales, Northern Ireland, Scotland, United States of America and the Republic of Ireland.