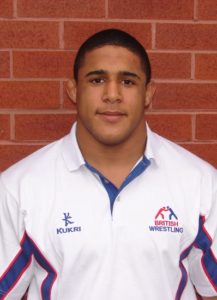 Other winners were The Ashes team, Capello, Bolt, Daley, Ballesteros and Major Phil Packer, (the 37-year-old, who is a paraplegic after sustaining injuries while on duty in Iraq in 2008 and defied doctors to complete the 2009 London Marathon.  The Pride of Britain Fundraiser of the Year walked two miles a day on crutches to complete the epic feat in 13 days).

Earlier this year (29 September), Leon had already done a creditable job as British Wrestling’s ambassador when he travelled down to the Olympic village for the event where Visa was unveiled as the Presenting Partner for Team GB, offering vital support for all British Olympic and Paralympic athletes in the lead up to the London 2012 Games. 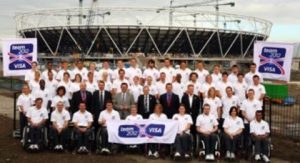 Peter Ayliffe, President and Chief Executive Officer of Visa Europe said: ‘As a worldwide partner of the Olympic Games since 1986, Visa is proud to have created such a prolific partnership with Team 2012. It will embody British pride, courage, effort and achievement and provides a unique opportunity for the country to get behind the UK’s best athletes and help them compete and win more medals than ever before. 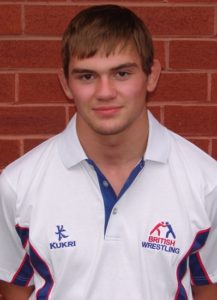 Philip Roberts has already attended his first Team 2012 appearence as a performance athlete – at an event with civil servants in Manchester!