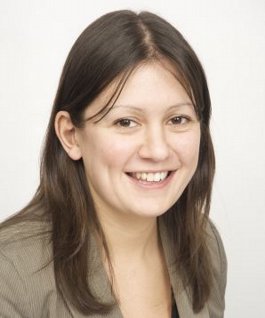 Wigan MP Lisa Nandy is to champion the cause of wrestling in the House of Commons, and beyond.

Lisa, who became an MP at the General Election last May, has joined forces with Sport England to lend her support to a sport that has traditionally been overlooked in terms of funding and recognition.
The North West of England has a strong tradition of wrestling, and when Sport England approached Lisa to take part in their Parliamentarians’ sport fellowship programme, she had no doubts about which sport she wanted to support!

The scheme involves trying out the sport over the course of a year, meeting champions of the sport, and acting as its advocate both in and out of Parliament. 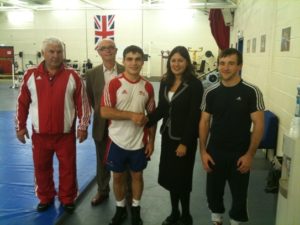 Lisa was recently appointed the Parliamentary Private Secretary to the Shadow Cabinet Minister for the Olympics, Tessa Jowell, in a role that will oversee and shape the way in which the Olympics are brought to the UK.  And such is her enthusiasm for her new role with wrestling, she has already met up with both Colin Nicholson, the Chief Executive of British Wrestling, and Malcolm Morley, the Chairman, at the Wrestling Academy in Salford.

She said: “It was a great pleasure to meet these fantastic athletes, who did so well at the recent Commonwealth Games in Delhi. I’m really looking forward to working with British Wrestling and Sport England to raise awareness of the sport, and in particular in the run up to the Olympics, given my new job in the Shadow Cabinet.”

Colin Nicholson said he was delighted to have a Parliamentary champion for wrestling, and impressed with Lisa’s enthusiasm for the sport, and for her new role.

“She understands how popular wrestling is in and around her constituency in Wigan, and has really come on board in terms of giving us her support and with her enthusiasm. It is much appreciated.

“I think this is a great scheme by Sport England, and it is a terrific opportunity for our sport to earn some recognition, and to have someone fighting our corner in the House of Commons. Her input and her enthusiasm is much appreciated.”