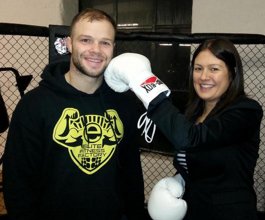 Lisa Nandy, MP for Wigan, took time out of her busy schedule, even missing an invite to the BRIT awards, to come down to The Mill to have a look at the great work that Wigan and Leigh Wrestling Club (WLWrestling,) Elite Fitness Factory, and Team Kaobon Wigan are doing for the people and youth of Wigan.

Said Lisa, “It’s great to come and see all the different generations down in the same place with kids wrestling downstairs and some of the mums and dads doing a circuit upstairs with Elite Fitness Factory.” 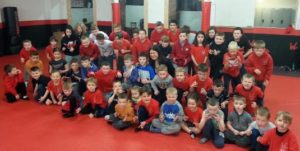 Lisa was given a tour of the wrestling gym, first meeting some of the 50 dedicated kids who are channelling their energy in the right way, instead of hanging round on street corners or playing on games consoles for hours at a time.

“Lisa is one of the hardest working MPs in the country and we should be proud of the great work she is doing on behalf of Wigan and also helping children in care,” said Dave Grundy, Secretary of WLWrestling. 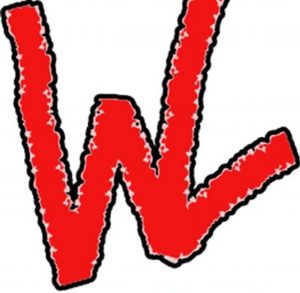 WLWrestling club has been helped in recent years by a grant from the Wigan small grants fund and Sport England that has helped us to keep subscriptions down to an affordable amount for families on a budget.

Lisa is also the Parliamentary Fellow for Wrestling in the Sport England-Parliament joint scheme and loves the sport. 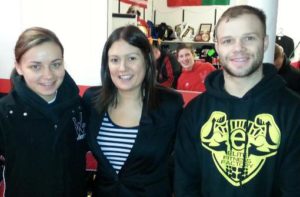 Lisa expressed an interest in maybe doing some wrestling herself down at The Mill in the near future with both our Commonwealth Games hopefuls Sarah Grundy and Michael Grundy!

Lisa has a background in gymnastics which she did as a child. Gymnastics, (and rugby for which Wigan is famous) are great cross-over sports for children interested in taking up Wrestling.

WLWrestling runs a “Wrestling for Rugby” programme, now in its second year. The scheme is very successful with some good feedback from the 15 teams that have taken part to date.

WLWrestling has recently teamed up with Team Kaobon in Wigan to offer more sports e.g. boxing, BJJ, Muay Thai, MMA in the hope of encouraging more kids and adults to take up more sport.