Month of Olympic Wrestling – May

Top Female wrestlers from Canada, USA and Ukraine capped an amazing month in dramatic style when they joined forces on May 31 to Save Olympic Wrestling in a spectacular wrestling tri-meet at Niagara Falls, (further information below). 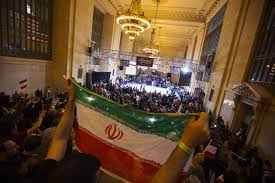 Earlier, on May 15, following an historic joint press-briefing by US, Iran and Russia at the United Nations HQ in New York, (the first ever joint briefing by these nations in the history of the United Nations,) “The Rumble on the Rails,” took place at the historic Grand Central Railway Terminal in New York City.  This event was attended by then-interim FILA President Nenad Lalovic (link).

The wrestling event matched the showmanship of the Squash event that took place in January 2012 with a televisual transparent squash court in the same prominent location, with Squash now also competing for the Olympic slot. 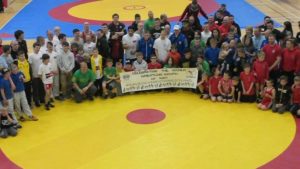 On 18 May the Bolton Wrestling Club and Sharples Wrestling Club held their Save Olympic Wrestling event.  There was generous support from the Bolton Local Authority, following their decision to designate Wrestling as a priority sport.  Competition Director Eddy Kavanagh said: “We have a lot of good potential wrestlers in Bolton and this event is a great chance to raise the profile of wrestling in the town.”

The event took place at the Smithills Sports Centre, with members of the British Wrestling Association travelling from all over Great Britain to compete.

Also on May 18, FILA gathered in Moscow, Russia for an extraordinary meeting where new rules were supported and FILA President Nenad Lalovic elected.  The meeting was attended for GBR by Malcolm Morley, British Wrestling Chair. (link) 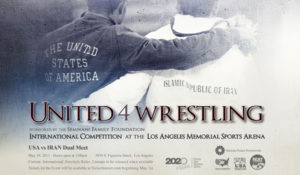 On 19 May, the Los Angeles Memorial Sports Arena was the venue for the United 4 Wrestling event before a boisterous crowd of 3,500 fans.  The event, featured strong teams from the U.S., Russia and Canada. 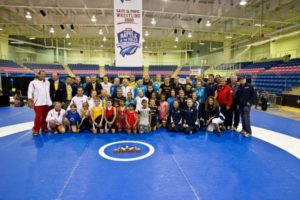 On May 31 the Canadians won the “Battle of the Falls” tournament against the USA and Ukraine, held on their side of the famous Niagra Falls – but the real winner was the sport of wrestling, especially the freestyle discipline of Female Wrestling.

The demonstration meet dubbed “Battle At The Falls”, which was wrestled in a tri-meet format, took place at the iconic Niagara Falls.


Finally, on May 31, the IOC Executive Committee narrowed its list from eight to three sports – Wrestling, Squash and Baseball/Softball. These three sports have one final presentation to make before the decisive vote at the IOC Congress in Buenos Aires, Argentina, from 7-10 September 2013.