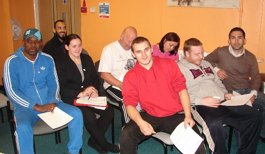 South-based delegates got their own Seminar without having to travel to Salford!

Clubs from the Bristol, Slough and London areas converged on London NW1 for the second in a series of workshops.

Svend Elkjaer, from the Sports Marketing Network, a recognised leader in developing sports participation, inspired those present with a series of practical tips that they could use (that would cost clubs nothing to implement!) to grow their clubs. By making their clubs Vibrant and Visible they can make them Viable! 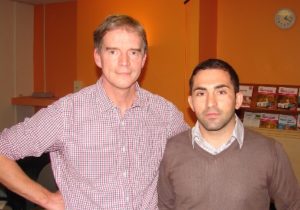 Svend advised clubs to make themselves part of the local community through partnerships and other means.

Wrestling clubs can only thrive long-term by doing activities that are appreciated by the local community.  Svend had plenty of real example of success from other sports clubs and social enterprises.

England Talent Pathway
Another seminar on the same day was led by Penny Crisfield, (from Apollinaire), who has done so much to develop the acclaimed Wrestling UKCC-accredited coaching programme led this session. Delegates left with a clear view of how athletes of potential from their clubs would be recognised and how they could progress via Regional Squads to the England Development Squad.

In response to positive feedback about the seminar, it is intended to have follow-up seminars on membership lists and websites on 30th November (Salford) and 15th December ( London ).  Further information via British Wrestling website on the Courses & Events section.

In line with the seminar’s exhortation to “Get on the Radar,”  the seminar was featured on British Wrestling’s Twitter Feed (@GBRWrestlingNGB,) in place since the first seminar on 28th September. Get following!