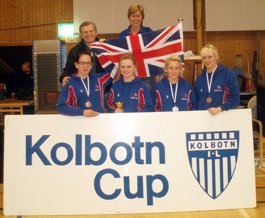 The Kolbotn Cup is the largest wrestling event in Norway for girls and boys up to 23 years. During its 40 years the Kolbotn Cup has become a highly regarded event in Norway, and growing international participation shows that this competition has also a good reputation outside Norway.

Sweden, Norway, and Poland were the main countries competing although 13 countries in total participated in the competition.