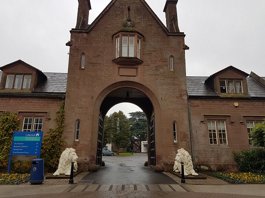 11 National Talent Squad (NTS) members attended a training weekend at Lilleshall Sports Centre, Newport near Telford, on 19th/20th November 2016. They were joined by 10 of the England Wrestling Squad.

The England Wrestling Squad trained alongside the NTS over the two days and the sessions were led by Anatolii Kharytoniuk the England National Coach. 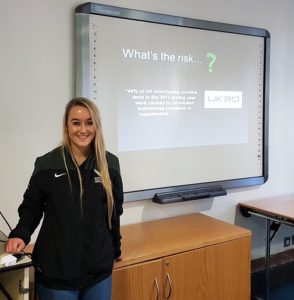 Relevant message for all: What’s the Risk? “44% of UK Anti-Doping tests in the 2012 testing year were caused by prohibited substances contained in supplements”

Day One consisted of Registration and Weigh-In of athletes followed by a ‘Supplements and Healthy Lifestyles” workshop delivered by Mhari Kiel, EIS Chief Nutritionist and Kelly Hammond EIS Assistant Dietician, both with British Gymnastics.

Then a morning 1 1/2 hour combined training session was conducted over 2 mats.

After lunch it was another workshop for the NTS and England Squad, both attending the alternate workshop from which they attended in the morning. This was followed by another 1 1/2hr afternoon training session on the mat. 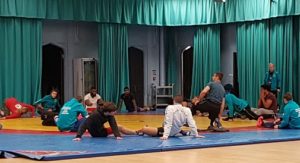 Day Two, Sunday morning, started with a 7.00 am run for both groups followed by breakfast and then another 1 1/2hr wrestling session.

Technique sessions were followed by matches for both squads.
Evaluations were conducted on all NTS attendees, followed by one to one feedback chats with Regional Coaches and England Talent Pathway lead Eric Ciake. 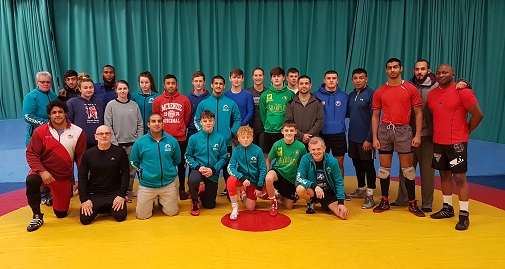