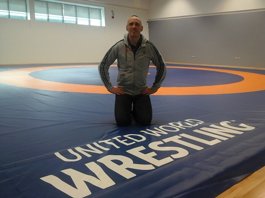 The state-of-the-art Foyle Arena will become a centre of excellence for Wrestling, Judo & Indoor Climbing.

Barry Pollin, (pictured above,) Chair of the Northern Ireland Wrestling Association, gave wrestling input from the project’s inception and worked in close cooperation with his Judo and Indoor Climbing counterparts.

The arena, costing £12.7m and which can hold 2,000 spectators, was funded by Derry City and Strabane District Council with the Department for Social Development providing £656,000 to the project. 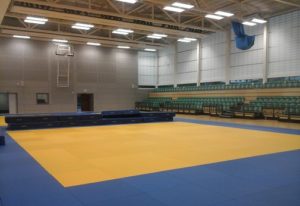 Karen McFarland, Director of Health and Community with the Council, said it represented a significant investment in leisure and health provision for the region.

“The new facility provides a 25m swimming pool with a movable floor alongside a separate children’s pool and a new outdoor floodlit 3G synthetic five-a-side pitch. The Foyle Arena will be a centre of excellence for Judo, Wrestling and Indoor Climbing.

Said Barry Pollin, Chair of the Northern Ireland Wrestling Association, “The Foyle Arena opened today and in the very near future we intend to create the NIWA Academy within its walls.” 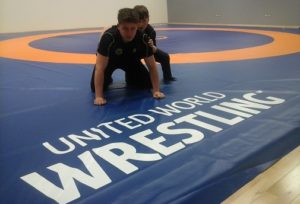 Waterside Sharks athletes at the ready 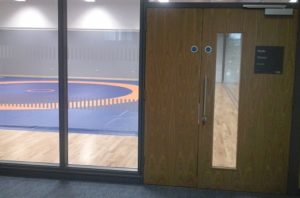 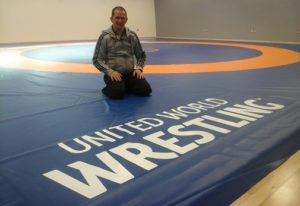