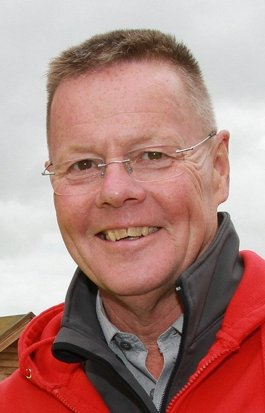 On Sunday 13th September, The Board of the British Wrestling Association appointed Jem Lawson to be the new Chair of British Wrestling, taking over the role from Barry Pollin, interim-Chair for the past year.

Jem joins British Wrestling from a long and successful period with Triathlon England and British Triathlon, latterly as Chair of Triathlon England from 2007-2014. He is also a triathlon athlete (representing GB as an agegrouper in Euro and World Championships, most recently in 2015) as well as a coach and referee. Jem holds various other appointments on public bodies, including as a JP.

Jem was selected through an open-advertised recruitment process that featured many very able candidates. Jem’s selection now goes forward for ratification by the voting members of the Annual General Meeting.

On news of his appointment Jem said: “I’m delighted to have been appointed as Chair of the Board of the British Wrestling Association and I relish the opportunity to bring my experience to the sport of wrestling. I hope that I will be able to give a lead in helping to harness the enthusiasm and expertise of the board, staff and valued volunteers in order to grow the sport in terms of participation, performance and profile.”

British Wrestling Chief Executive, Colin Nicholson said “British Wrestling is delighted that Jem accepted the position and everyone is looking forward to working with him, making full advantage of his wealth of experience, to grow the sport of Wrestling.”