On the occasion of the extraordinary Bureau meeting that was convened by Mr. Raphaël Martinetti in Phuket (THA) on 15-16 February 2013, a group of Eastern delegates accused him of being to blame for the eviction of wrestling as part of the 25 core sports for the 2020 Olympic Games. 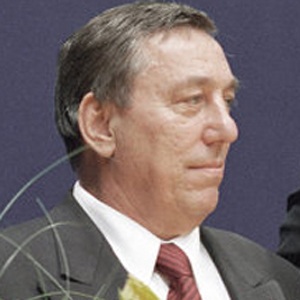 Mr. Martinetti asked for the Bureau’s trust in leading the campaign to save wrestling in the coming months, but the Bureau only supported him by 50% of the votes. Mr. Martinetti did not use his casting vote to save his position and announced his resignation in order to give the chance to another President to act upon the situation. Mr. Martinetti will remain a Bureau member till the end of his term in 2014.

In accordance with the the FILA Constitution, an extraordinary Congress may be called by the Bureau or by at least one third of the affiliated National Federations in order to ratify the Bureau’s decision or appoint another acting President.

Mr. Martinetti hopes that this situation will help save wrestling and thanks all National Federations for their unfailing support throughout his term as FILA President since 2002. Mr. Martinetti also wishes plenty of success to Mr. Lalovic for the mission that now rests in his hands.

“This decision provides international wrestling with an opportunity to change and improve. The sport will now be able to create a fresh new relationship with the International Olympic Committee and address some of the pressing challenges and opportunities facing wrestling.”