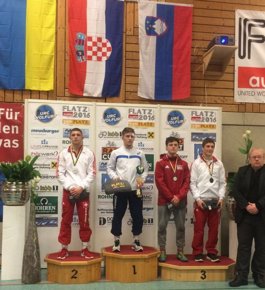 Congratulations to Charlie Bowling who won a bronze medal in the Hubert Flatz Tournament in Austria on Saturday.

Charlie won his first round match against Austria, lost to Germany but then, in the repechage, beat the Frenchman Brandon Bocquenet 14-8. There were 14 competitors in his weight class. 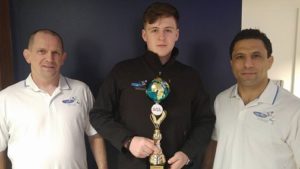 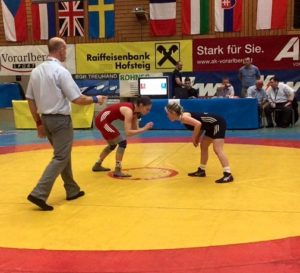 Molly Winstone (Junior) and Sarah McDaid (NI Senior) met in the first round of the 53K category. Sarah won the match but lost her second round match to Sweden and lost again in the repechage to another Swedish girl. Sarah was placed 5th and Molly 6th from a pool of 6.