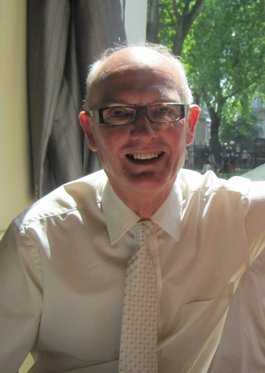 Malcolm Morley, recently retired Chair of the British Wrestling Association, was today awarded the OBE for services to Wrestling.  The award in the Queen’s 2014 Birthday honours list recognises the continued selfless devotion of Malcolm to Olympic-style wrestling since the award of his BEM in 1988.

One of Malcolm’s significant achievements in this period was the re-structuring of the governance of British Wrestling to a competency-based Board that satisfied the requirements of British Wrestling’s stakeholders, principally UK Sport and Sport England.

Malcolm’s perseverance and quiet determination in both championing the changes and seeing them through against some quite stubborn resistance from some quarters is to be admired.

His selfless commitment to wanting to effect change for the good of the sport is outstanding. The changes were successfully put to an AGM and Malcolm was then re-elected as chair and steered the NGB through London 2012.

This programme of modernisation was crucial to unlocking funding for 2012 and beyond. Without his leadership it would likely never have happened.

With the new governance structures beginning to take effect, the path was clear for the other required building blocks.
Malcolm’s passion for the sport and ability to analyse the requirements of top level performers led to a new Talent Pathway being researched and written.

Malcolm also had the clear understanding that athletes cannot be the best they can be without the support and expertise of well educated coaches.   This led to a new, externally verified, coaching programme for all wrestling coaches across the UK.

The development of athletes is now demonstrable and motivational with a new set of progressive awards for athletes.

The implementation of Malcolm’s foundations is now in full swing and the sport of Wrestling well set for the future.

Comments:
From Officers across all 6x Home Nations and English Regions in response to news: