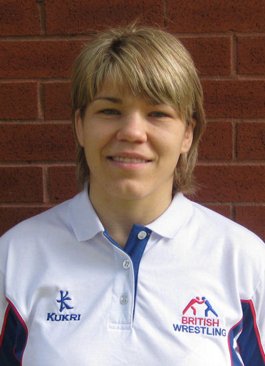 The British Olympic Association (BOA) has confirmed that wrestler Olga Butkevych will compete for Team GB at the London 2012 Olympic Games.

Olga was nominated to the BOA for selection to Team GB by British Wrestling, and will compete in the 55kg weight class this summer at the ExCeL. Her competition gets underway on August 9.

Olga has been in great form over the past 14 months, and securing her place at the Olympics confirms that. In April last year she claimed bronze, her first major international medal for Great Britain, at the European Wrestling Championships in Dortmund, Germany. Last December she won a silver medal at the Olympic Test Event in London.

Said Olga, “I am extremely honoured, and proud, to be selected to represent Team GB at London 2012. I can assure everyone I will be working extremely hard between now and the Olympic competition to be competitive, and to be in the hunt to win Britain a medal at the Games. I won a silver at the Test event last year, and it would be wonderful if I can be on the podium for the real thing! 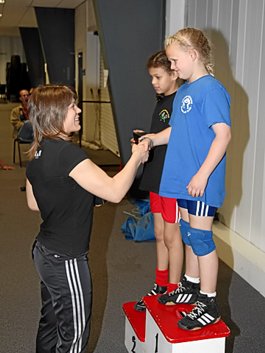 “I would like to take this opportunity to thank Performance Director Shaun Morley, and the coaching team at British Wrestling, for all their support since I started representing Britain. It is thanks to their support and patience that I have achieved this honour, and I cannot start to say how much I appreciate it.

“British Wrestling has been incredibly supportive to me – on and off the wrestling mat – over the past five years, and again, I really appreciate it. I came here for the opportunity to work with the GB squad, and I was made so welcome, I chose to settle in this country, and I am very happy. I’m British, and I’m proud of it, and I hope I can contribute to the success of Team GB during the London Games.

“I would also like to pass on my commiserations to the GB wrestlers who haven’t been as lucky as I am. I know how much competing for GB at the Olympics means to them. I’m sure they will have other opportunities.

“Wrestling is a great sport, and I hope that more and more people will realise that when competition at the Olympics gets underway. I hope that I can help it grow in the UK, and help it benefit from all the plans for an Olympic legacy that the officials of British Wrestling have been working so hard to achieve.”

Olga will have the full support of everyone involved in wrestling in Great Britain and Northern Ireland, but the National Governing Body remains disappointed that only one athlete was awarded a Host Nation Place, especially after the hard work and dedication put in by athletes and the programme over past years.

But this demonstrates the harsh environment that is wrestling, where an Olympic weight class consists of the top 20 wrestlers at that weight in the world. The Performance Programme will be planning the way ahead and redoubling efforts to continue raising standards in order to qualify athletes for Rio 2016.