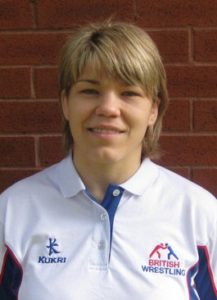 Britain has won its first medal of the European Wrestling Championships, taking place in Dortmund, Germany.
Olga Butkevych took the bronze in the women’s 59kg division when she defeated Gabriella Sleisz of Hungary 2-0 and 2-1 with a fantastic performance to clinch the medal.

Earlier in the week Yana Rattigan took fifth place in the 48kg category, narrowly missing out on a medal, but once again turning in the kind of performance that boosts the reputation of British wrestling.

Said GB Wrestling’s Performance director Shaun Morley: “These are two outstanding performances by our wrestlers – to win a medal, and come so close to another one is really encouraging.

“Olga really deserved her success. Both she and Yana have been working really hard, as have all the squad; but for Olga this will be a massive confidence booster just over a year to go before the Olympics.”