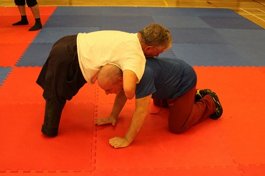 John Willis the founder of Power2Inspire has been on a Road to Rio challenge attempting 34 Olympic and Paralympic sports.

John found that Wrestling, Number 32 on his list, was harder to find.  But John contacted the recently affiliated Futuwwa Wrestling club in Peterborough and arranged a visit and was keen to experience a training session.

Having travelled from Cambridge, John watched some of the earlier session with the 8-14yr group and joined the senior group when the session started. 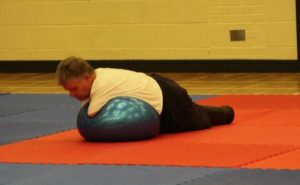 John insisted on trying every part of the session which focused mainly on snatch, takedown and turnover, starting with sprawl and the use of the trusty “sprawl balls” with body control and movement.

The movement was then transferred to using the skills 1on1 followed by methods of turnover.

John was able to make the moves his own after discussion on how to adapt and overcome.

The session ended with group thanks and the sharing of the list of sports on John’s Road to Rio Challenge and the admission that one of the last 2 (synchronised swimming) could prove awkward!

But with John’s usual have-a-go attitude it is sure that he will excel as he did with his wrestling challenge.

To read Johns Blog follow the link below
http://power2inspire.org.uk/wrestling-in-the-community/