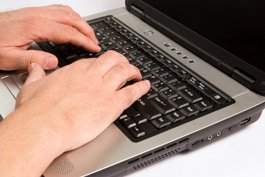 The on-line move has many advantages and comes at a time when the vast majority of participants have access to the internet and on-line payment facilities with many government services moving the same way.

For many years it has been generally accepted that those competing should be BWA members. However, some have chosen to avoid this, this creating disparity and unfairness to those who have conducted themselves correctly.

The Nations and Regions Committee endorsed the move to on-line entry for competitions.
Amongst the advantages of on-line entry are: –

Athletes competing in competitions are most likely to be regular club participants. As such they should already be members of the BWA as this enables them to contribute to the running of their National Governing Body and to contribute to the membership-wide insurance scheme which covers for incidents happening within clubs and competition. So, with regular participants already members, it is expected that the need for membership at competitions does not become another cost hurdle to compete.

In a related change, the BWA Board endorsed that on-line membership renewals, for those that have missed their renewal dates, will be backdated to the date at which their membership expired, (if under a year). This supports unbroken membership as was the way before the current on-line system.