Today, 10th December 2009, British Wrestling were informed that UK Sport funding for the Wrestling National Performance Programme is to be doubled. This takes the previous figure of £717,650 (across the four-year cycle, allocated to Wrestling as one of 12 “Basic Funded” sports) to £1,435,210.

The focus of UK Sport’s funding is to achieve results at London 2012 Olympics and to ensure that British Wrestling has a structure that endures past London to 2016 and beyond.

Said Malcolm Morley (Chairman) “This is a very good announcement. British Wrestling has achieved the ultimate. Everyone has worked very hard in a team effort to deliver improving performance results to give UK Sport the confidence to invest more with British Wrestling’s Performance Programme.”

Liz Nicholl, Chief Operating Officer for UK Sport said “The extra funding was given on performance merit, and for the structural changes that you [British Wrestling] have achieved in response to the previous funding round”

Simon Amor, (UK Sport Performance Advisor) said “A good reflection on the progress made by the programme and the performances by the athletes.

Funding allocated by UK Sport comes from three sources: Exchequer (government,) National Lottery and the new Team 2012 funding source.  The Team 2012 mission is to unite the nation behind our athletes and raise funds for Olympic and Paralympic sports from the private sector, building on the funds received from The National Lottery and the Exchequer to deliver more medals and make the country proud. 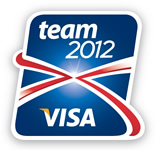 Sport was charged by the Government with introducing a new ‘third stream’ of private income to complement the public funding and seek to reduce that gap. It was explicit that the additional public funding made available was contingent on that third stream being introduced. In February 2009 UK Sport therefore joined forces with the British Olympic Association (BOA), the British Paralympic Association (BPA) and the London Organizing Committee for the Olympic Games (LOCOG) to create Team 2012 as the fundraising vehicle for the World Class Performance Programme through to 2012.