It is with great regret that the passing at the age of 85 is announced of Middleton & Wirksworth Wrestling Club’s Frank Morley, after a long hard battle.

Frank was founder member, coach and referee of Middleton & Wirksworth Wrestling Club.
It had begun with Frank’s friend, Barry Kay, who was the one most keen to be a wrestler and Frank went along to lend moral support – but Frank got bitten by the wrestling bug. With friends, they trained 3 nights a week for 9 months at a club in Rocester. Frank’s ring name was Mauler Morley.

As the others got disenchanted with wrestling, Frank then found out about the Clifton Club in Nottingham.  Then, in 1958 Frank purchased some old gym mats, hired a room under a church, and Wirksworth Wrestling Club was born.
The club affiliated to the then British Amateur Wrestling Association and started competing in competitions. In 1968, Frank moved the club to its present home in the near-by village of Middleton. 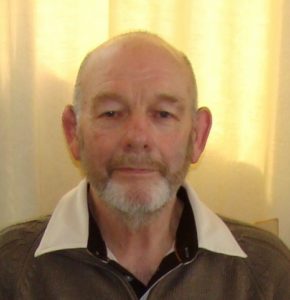 Frank drove the club forward, including running weekend courses and inviting the then national coaches Albert Aspen and Ken Stevenson.

Frank was an outstanding and strict coach who trained and mentored the top schoolboy and intermediate wrestling team in the UK for many years.
So good was his club, Frank took them into Europe finding success time and again. He set up inter-club matches against the Royal Athletic Club of Brussels and also Krubeke, near Antwerp.

“I am proud and honoured to have been his first British Champion in 1968 and England international in 1971 followed by so many, many more champions and UK internationals,” said John Boden, “I for one will never forget his great achievements, as I am sure many other wrestlers who he mentored and helped in life will never forget.” 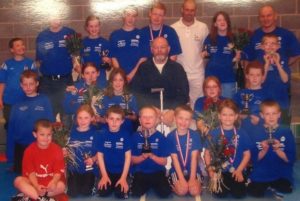 Frank’s ethos lives on today at Middleton & Wirksworth Wrestling Club and has spilled over into the British Wrestling Association through many, still strong, connections.

Frank was known for his hard work, professionalism, honesty and fairness.

“All these qualities helped make him THE BEST COACH I have ever worked with” said Tony Phillips, “RIP Frank.”

The funeral will take place at 12 noon on Wednesday 6 July at St Mary’s Church, Wirksworth. All are welcome to pay their respects at the church. Family flowers only.