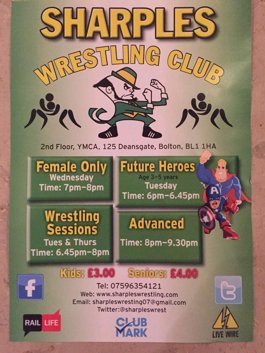 The Sharples Wrestling Club Team, under the leadership of Eddy Kavanagh opened their doors to community, councillors and press at a successful Community Open Day last week.

The British Wrestling Association supported the Sharples day through the funding of Sports Consultant Svend Elkjaer, of Sports Marketing Network.
“Svend has been great and is very positively minded just like myself,” said Eddy.  “The launch has brought a lot of interest in the club and possible new partners and sponsors which is brilliant.”

Svend’s belief is that Wrestling Clubs can deliver far more to their communities than simply a regular wrestling session on the mat for a small number of dedicated individuals.

Sharples Wrestling Club is doing exactly that with a presence in local primary schools, sessions for those with disabilities (run by Eddy Kavanagh and Lesley Kay) and even a “Future Heroes” weekly session for children aged 3-5yrs old!

Svend is working with clubs across England on their development and supported Sharples Wrestling Club in the development of the day.
The event was attended by Kevin Davies, ex-Bolton Wanderers and England player, now Preston North End, who tweeted his support of the event to his 170,000 followers.
Sharples’ next fund raiser, their Christmas Party, was also a success, sponsored by Bolton’s Bank Top Brewery who generously provided “refreshments!” 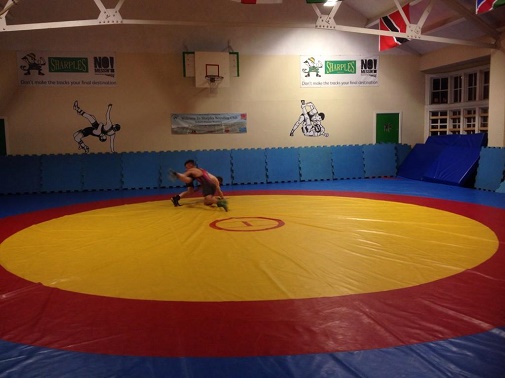