SILVER IN EUROPEANS FOR YANA 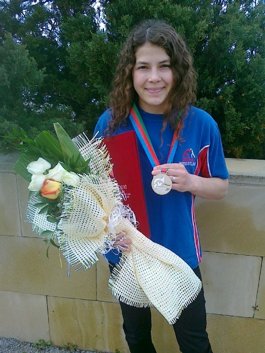 Great Britain achieved its first major championship medal in over twenty years when Yana Rattigan won SILVER in Female 48Kg at the FILA Senior European Wrestling Championships 2010.  Yana narrowly missed out to the superb Russian Lorisa Oorzhak 2-0 3-0 in the final (video), and after a convincing semi-final 6-0 2-0 win over the impressive Melanie LeSaffre of France (video).

Host nation Azerbaijan were wonderful organisers of this prestigious event. 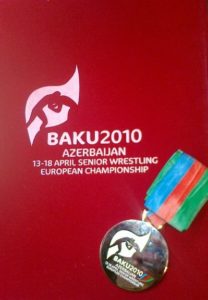 On the second day, a visit by the President of Azerbaijan ensured an arena full to the brim with 5000 spectators which made the Male 66Kg final between wrestlers from Azerbaijan & Russia electric – particularly when the Russian coach was red carded!

As for the male GBR athletes, their 1st round opponents were just too hard for them in terms of dynamism and strategic thinking. All the athletes attacked hard but their opponents were one step ahead! The male GBR team have had some hard lessons this week but they will go away with more insight as to how hard they need to train to make the London 2012 team.

Meanwhile, Yana’s medal is the first for British Wrestling at a Europeans in over a decade.  Commented Performance Director Shaun Morley, “This was a significant milestone for the World Class Programme as this was the first major medal for an athlete representing Great Britain in the almost the last twenty years. It is also a real breakthrough for Yana who has made great progress in the last twelve months and hopefully this will act as a platform for her to move towards success on a World and Olympic stage over the next two years.”

Meanwhile the GBR team are marooned in Azerbaijan for the time being as a result of the closure of UK airspace due to the volcanic ash plume from the Eyjafjallajökull volcano in Iceland! 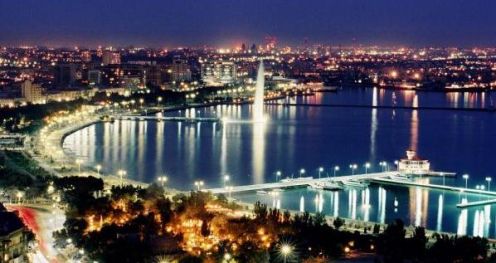