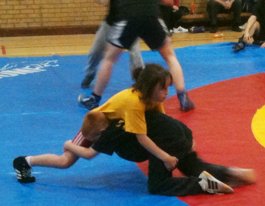 Everybody who attended the Bolton Summer Academy learnt new skills.  Held over three days this week at St Catherine’s School Community Leisure Centre, the Academy was attended by around 60 young wrestlers. 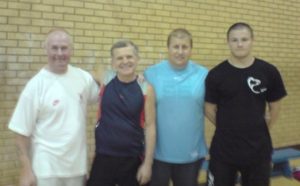 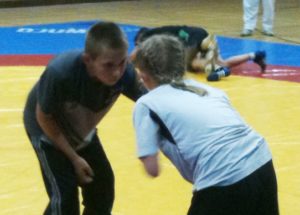 Anatolii Kharytoniuk, England Development Coach, was tasked by British Wrestling to work with the Bolton Summaer Academy and pass on his knowledge and experience to the intermediate and advanced classes each day, something made possible by Sport England’s funding of British Wrestling for the objectives of “Grow, Sustain and Excel.”

“Anatolii is such a nice man, committed to wrestling and he put everything across in such a nice way” commented Eddy Kavanagh. 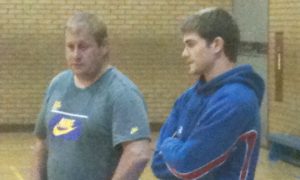 Also in attendance on the first day was Philip Roberts, selected in the past week to represent England in the Commonwealth Games in Delhi.  “Having Philip here with us is just so motivational” exclaimed one participant.  Philip is a local wrestler from Aspull, but now training at the British Wrestling Academy with the National Performance Squad.

Colin Nicholson, Chief Executive of British Wrestling, also visited the Academy on its first day, praising the Clubs and Local Authority groups for their close partnership that was delivering real achievements to the benefit of young wrestlers.  Colin also thanked John Abbott the Manager of the St Catherine’s facility for giving his willing support to the project.