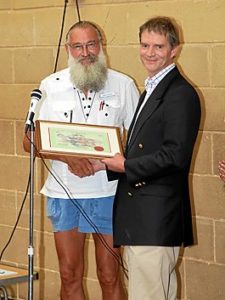 Full results are available on the website via the link to the Results page.  Medals were presented by the Chair of the Southern Region, Mansoor Eslami and Secretary, John Savage. 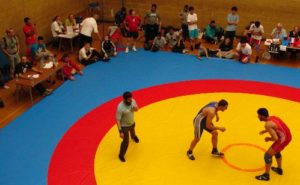 Said Steve, “It was hard work but a big thank you should go to everyone who put such effort into making the day a success. We had 106 wrestlers with over 100 bouts which makes all of us in Bristol want to run a bigger and better competition next year and to put Bristol back on the wrestling map”
Daniel Robin (Wrestling Competition Manager, LOCOG) and Gilles Tonoli (Wrestling Services Manager, LOCOG) visited the tournament and took the opportunity to meet several coaches.

The tournament also served as a reunion for a group of wrestlers from the sixties! (Left to right) Douglas Cameron (E&W Midlands Champion, wrestled for England in a Home Nations championship in the mid-1960’s,) Chick Cameron (many times E&W Midlands Champion, runner up in the Southern’s,) Charlie Radford (Southern Area Champion) and Peter Amey (1960 Rome Olympian, 2x Commonwealths in Perth ’62 and Edinburgh ’71, United States World Championships ’62, Bulgarian Europeans ’69 and 5x British Champion). 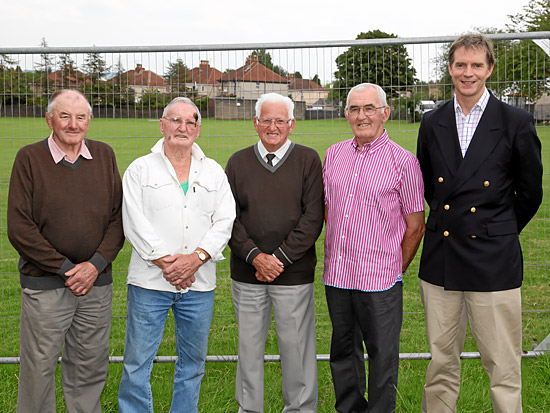