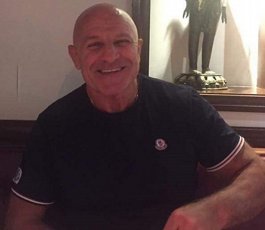 It is with sadness that we announce the death of Stefan Kurpas.

Stef took up wrestling and found it a way of keeping himself out of trouble and hanging around with gangs.

Stef wrestled for many years and only recently took a step backwards off the mat – even then, he still turned up to sessions to train and keep fit on the side of the mats. Whilst there, he would always pass on his knowledge and tell people where they were going wrong. He always gave advice and showed a different version of a move to the coaches. His knowledge was vast.

As his record shows he was a formidable wrestler and there are plenty of wrestlers out there to vouch for that. He always strived to be the best wrestler and even in his latter stages he didn’t hold back.

Stef was an Olympian, competing in the Los Angeles 1984 Olympics along with Fitz Walker, also of the Y-Club and others. This was the same Olympics at which Noel Loban achieved his Bronze medal for GBR. 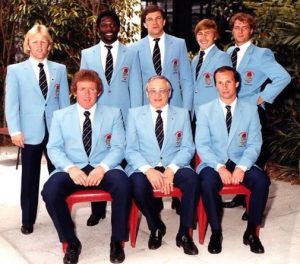 In 1982, Stefan achieved a 4th position at the Brisbane Commonwealth Games.

In the run-up to the 1984 Olympics, Stef achieved 7th place at the European Senior Championships, Joenkoeping, Sweden.

A good few years back from now, the Manchester YMCA club was going through a spell where the older wrestlers had finished and Fitz Walker had given up the senior coaching. Wrestlers were turning up, but no technique taught. Stef was the driving force in getting the coaching and the club back to the level it had previously been. Stef was also always promoting and fund raising for the club in his spare time.

When he wasn’t wrestling he’d spend most days training at the Y-Club. He was a character, great athlete, formidable wrestler and great coach.

There are a lot of people throughout the country who will have come across Stef and will remember him for the character he was. His one flaw would be that his jokes were awful!

The outburst of comments on social media and conversations amongst the wrestling family truly show the standing Stef Kurpas had within the wrestling community.