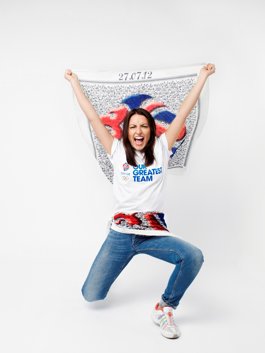 Show your support for Team GB and ParalympicsGB with this large cotton supporters scarf!

Profits from the sale of this large Team GB supporters scarf will be donated to the British Olympic Association – helping British Olympic and Paralympic athletes deliver their best performance at London 2012 and beyond. 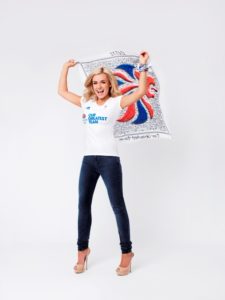 The illustrations on the scarf include 900 figures (which include iconic London images, sports pictograms and stars) to represent the 900 athletes of Our Greatest Team, 14 Paralympic Lions to show we’re also celebrating and supporting the 14th Paralympic Games this year at the Paralympics birthplace and 26 Olympic sports. 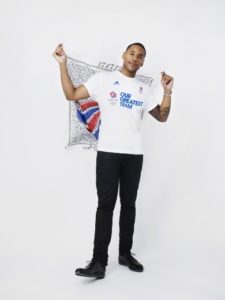 The official Team GB, ParalympicsGB and adidas logos can be seen on the border of the scarf along with ‘our greatest team’ and the date the London 2012 Olympics commences. You can wear the scarf in many different ways including on your bag, around your neck, waist and body
The scarf can be purchased at branches of Next and on-line.

Medallions continue to be available at BP filling stations across the country. The Legends Collection of medallions produced by the Royal Mint features 12 legendary Olympic and Paralympic athletes.

There are 12 medallions in total to collect and these are only available to buy at BP forecourts. Once you have bought a medallion, you can visit the BP website to unlock your hidden content and discover if you have won one of our extraordinary prizes. 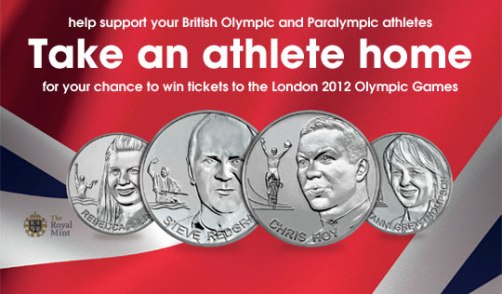