Take-Off for South and Midlands Regions 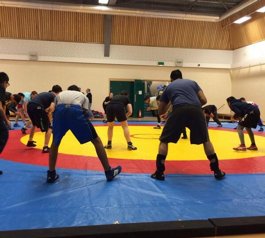 Sunday saw transformation in the South and Midlands.

On the SAME DAY, came the South’s first Region Development Squad Session of the new England Talent Pathway and the overwhelming endorsement of the new single constitution across all English Regions.

Said Regional Coach Eric, “At last we had, in the South, our first Regional Squad. It was a good turn out and a great effort.”
Eric continued, “The start of great things to come!!!” 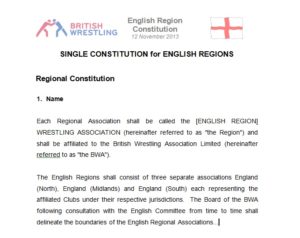 Meanwhile, in a well attended parallel Extraordinary General Meeting, a new constitution was passed with 17 votes out of 21 present.

Regional Squad athletes (18 years and over) attended the vote, putting the athlete visibly at the heart of decision-making underlining that the sport exists for the athlete, not administrators.

Colin led the debate on the constitution, making the case for endorsing the a constituion that, for the firt time, would unite the three England areas of North, Midlands and South.

With the constitution already ratified by the North (November 2013) and Midlands (December 2013) the South’s ratification completed the picture.

On the same Sunday, at the same time and for the first time, the Midlands Region Development Squad met at the Academy Salford.

During the lunch break the wrestlers and coaches attended a briefing followed by a Question and Answer session.

It is now up to Midlands Club coaches to ensure that they put forward wrestlers who have all the basic skills in place to get the best out of the Regional Development Squad sessions.