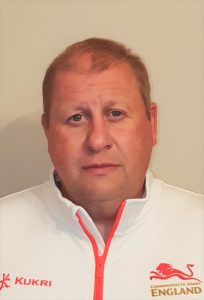 Eddy led a successful England team of wrestlers to the 2018 Commonwealth Games in the Gold Coast where three of the five athletes returned with a bronze medal.

Eddy was appointed to the voluntary role after a competitive interview process and will now use his international experience to assist Team England’s talented wrestlers on their pathway to, and during, the 2022 Commonwealth Games.

Speaking about his appointment, Eddy said

“It is an absolute honour and a privilege to represent my country as the England team leader for wrestling. To have the opportunity to do this for a second time at home games in Birmingham is going to be something really special”

Since the inclusion of wrestling in the inaugural 1930 Commonwealth Games, the sport has been contested 18 times with Team England athletes winning an impressive 66 medals in the sport.

“I’m delighted that Eddy has agreed to take on this important role as we prepare for a home Commonwealth Games in 2022. As Performance Lead for the Build for Birmingham squad Eddy has both the experience and athlete relationships to enable our English athletes to hit the ground running as soon as wrestling can return.”

“I’m confident that he will ensure they are as prepared as possible for the Games and which presents an excellent opportunity to build the profile of wrestling in the UK.”

“I would like to congratulate Eddy on his appointment as wrestling team leader for Birmingham 2022. It’s fantastic to have him on the team given his past experience and vast knowledge of the sport. I am sure Eddy will be a huge asset to Team England and I look forward to working with him as we build for a home Games.