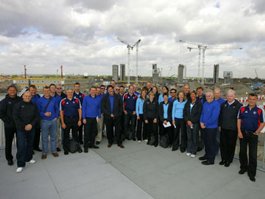 Colin Nicholson, British Wrestling Chief Executive, visited the Olympic Stadium and village to see for himself how construction was going.  “It was a highly motivational trip with much more progress than I had realised from recent press reports” said Colin. 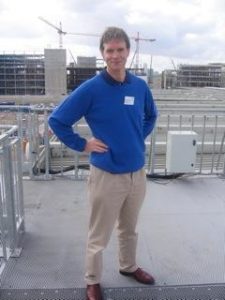 Team Leaders from the summer Olympic sports that aim to be part of Team GB at the London 2012 Olympic Games were brought together by the British Olympic Association (BOA) to accelerate planning and preparations.  The meeting was held at the Hilton Hotel, Canary Warf, and the offices of LOCOG.

There were presentations by BOA Director of Olympic Performance Sir Clive Woodward and UK Sport Director of Performance Peter Keen.  This was followed by key members of the London 2012 Organising Committee making known their technical preparations, such as venues and transport.

The London venue for Wrestling will be the ExCeL Arena 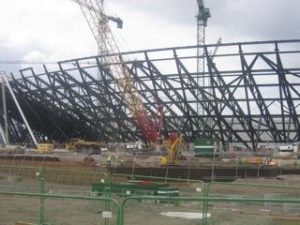 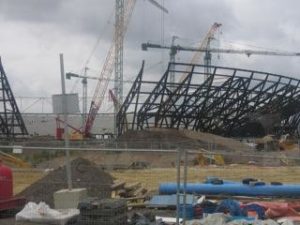 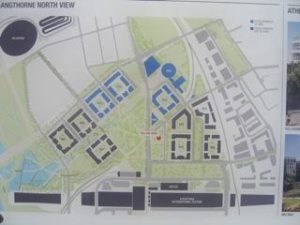