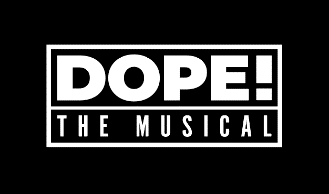 Move over The Lion King, Wicked and Les Misérables, and say hello to ‘DOPE! The Musical’, coming to a computer screen near you*.

Well, that’s what comedians Munya Chawawa (@munyachawawa) and Will Richards (@willrichardss) thought when they came to UKAD’s offices, offering their support to get important anti-doping messages to younger athletes.

Munya and Will’s pitch for ‘DOPE! The Musical’ (#dopethemusical) didn’t quite go as planned but the video of their efforts, created by UK Anti-Doping (UKAD), highlights many important messages for athletes, and how UKAD supports them to compete clean.

UKAD supports athletes at all levels with the 100% ME education programme – from school children starting their careers in sport to the world’s elite.

Through hits such as “Loo of Dope and Glory” and “Don’t be ill, be the illest”, ‘DOPE! The Musical’ conveys important information about the Prohibited List, Therapeutic Use Exemptions (TUEs), the 10 anti-doping rule violations (ADRVs), and the risks of nutritional supplement use. Watch, comment and share the video on UKAD’s social media channels.

Speaking on the release of the video, UKAD Chief Executive Nicole Sapstead said: “‘DOPE! The Musical’ is an entertaining video with some great young comedians who have helped us bring to life some of the very important messages athletes need to be aware of. We want to support and empower athletes to make the right decisions and have all the knowledge they need when it comes to anti-doping.”

“Earlier this year UKAD launched a new website, making it easier for athletes to find the information they need, and the public to better understand UKAD’s work. This ‘musical’ is just one of the ways we’re looking to improve our communication with younger athletes – keep an eye out for more in the coming months.”

The musical has been released following the new World Anti-Doping Agency (WADA) 2020 Prohibited List, published last week. The Prohibited List is one of the hot topics in the musical – you can read the new list that comes into effect on 1 January 2020 here.

If you’re an athlete and unsure what’s in your medication, or if you’re interested in knowing what’s in the medications you use, you can check all medications on the Global Drug Reference Online.

For more useful information and to watch the full video, visit our website. Here’s a sneak preview below, with information on the Prohibited List.

*Disclaimer: the two actors may not have the same musical talent or ability as those on Broadway, and you may want to locate the nearest exit before the curtain call. And UKAD are not actually launching a musical…