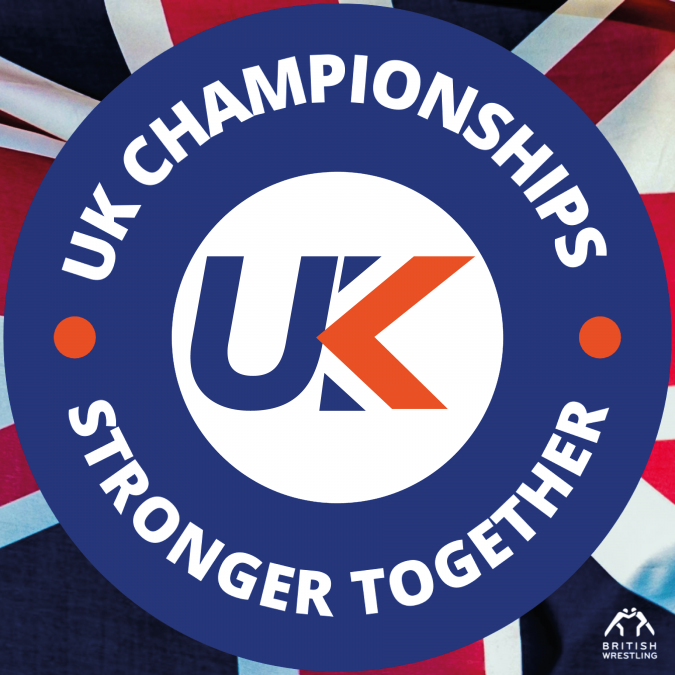 The Y Club, Manchester was the host for the UK Senior Championships this Saturday 23rd October. With the competition oversubscribed, the day was set to feature some fantastic wrestling across the large brackets and so it proved. 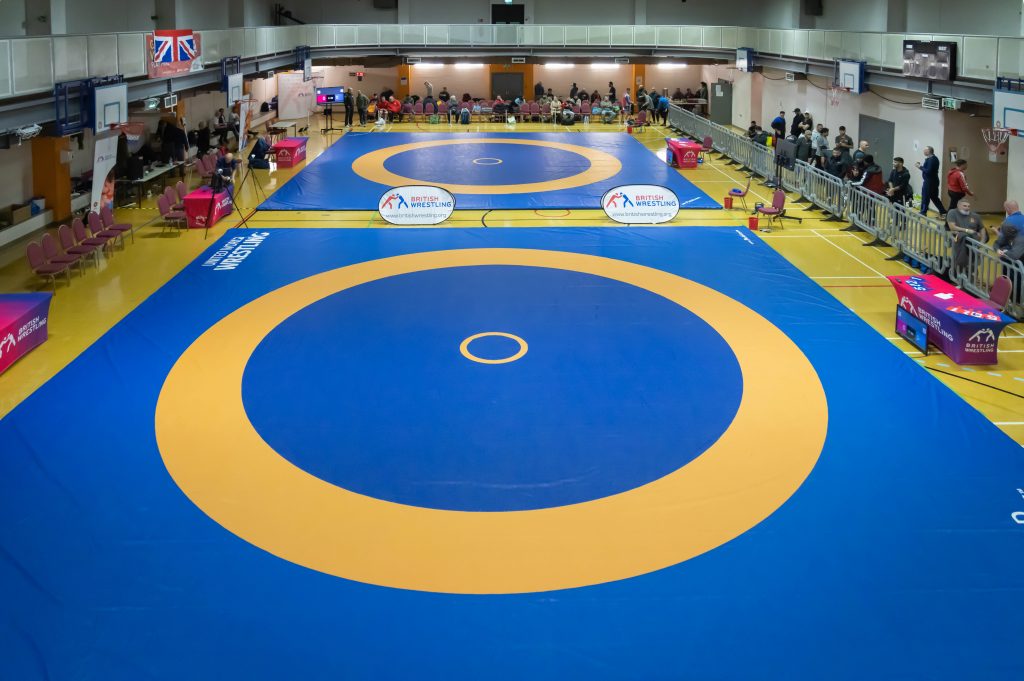 A significant event for the Home Nation athletes in their bids for selection for 2022 Birmingham Commonwealth Games the competition saw a big turnout from athletes across the UK. With the theme of Stronger Together the squads continue to work together with the intention of supporting each other to produce stronger Home Nation teams for the Games set to feature in Birmingham in just 9 months time.

It was pleasing to see the entries in the Women’s weight groups increasing with only two walkovers on the day. British Wrestling is keen to see more female wrestlers stepping into competition and hopefully, this shows there is the opportunity to get some good wrestling at a senior level. At 57kg Shannon Harry took the title with a victory by fall from Zoe Hart. In the 62kg Kelsey Barnes proved the class of the field winning both her matches to stand atop the podium.  Chloe Spiteri returned at 68kg to take Gold over the returning Sarah Clossick and Hope Cadman from Wales. 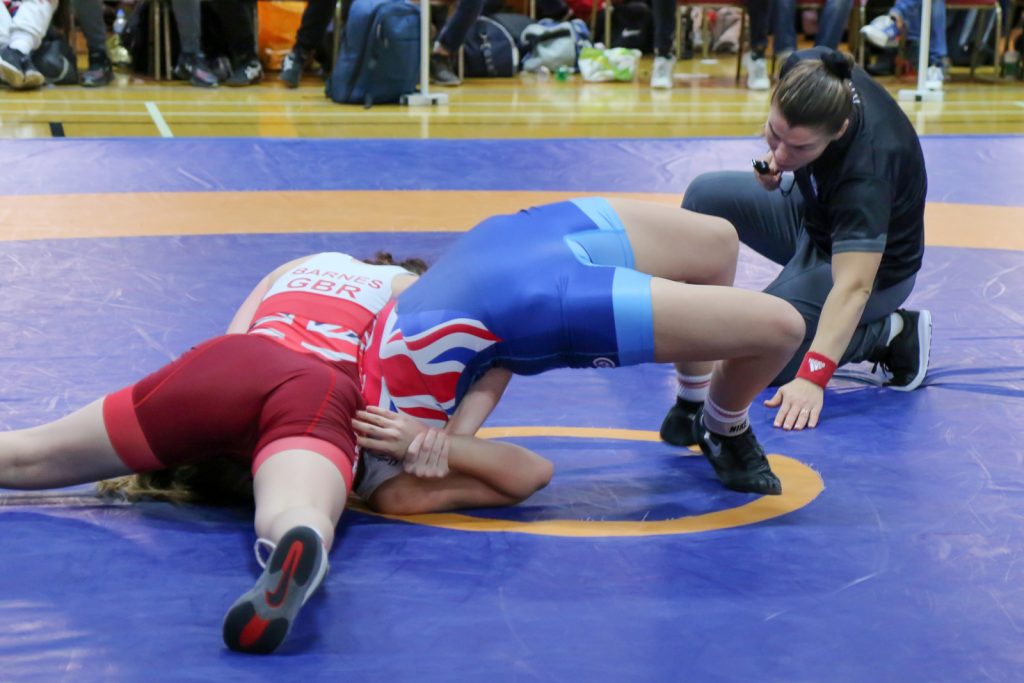 Mohammed Mokaev v Ross Connelly in the first round of 65kg at the UK Championships Credit: Dave Morgan

The Men’s competition featured 115 athletes entered across the 6 Olympic weight categories with 37 in the 74kg bracket being one of the largest in recent memory. The day saw some incredible duels right from the outset with two upcoming athletes Ross Connelly and Mohammed Mokaev drawn against each other in the first round of the 65kg category. The future World U23 teammates (they travel to Serbia next week) fought an intense battle that set the tone for what proved to be a fabulous day of competition across the weight groups.

Highlights included the battle for 57kg with England teammates Harvey Ridings and Yahia Tehami renewing their rivalry with Ridings coming out on top again. Philip Roberts proved that experience counts by delivering a masterclass across the 65kg category to take home the gold. At 74kg the return of Myroslav Dykun and the emergence of Sean Teasdale meant the heavily contested category was a real battle to even make the podium where Nicolae Cojocaru stood on top at the end of the day. 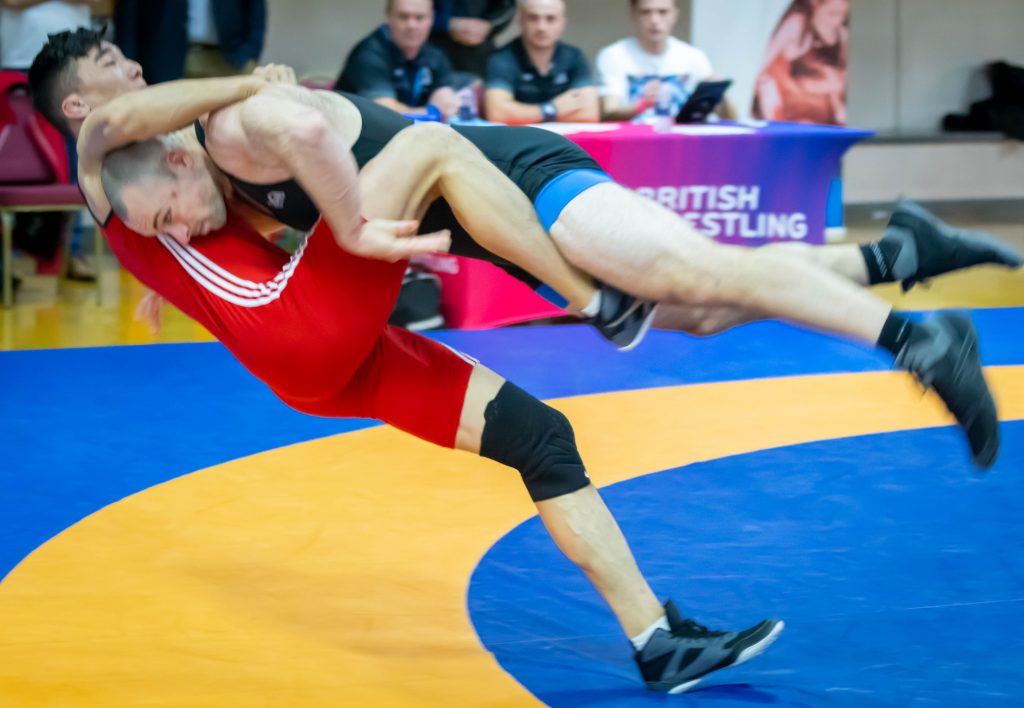 Surprise of the competition probably goes to Mirlan Kenzhebaev who triumphed in the final of a hotly contested 86kg category against Mostafa Fatahiniya making the step up from 79kg. At 97kg Cameron Nicol took the Gold with a victory by fall in the final and the all Midlands battle in 125kg saw Mandhir Kooner coming out on top.

Images from the day can be found:

A huge thank you to all the officials and volunteers for supporting the event and making it possible to deliver one of the largest tournaments we have seen in the UK for quite a while. 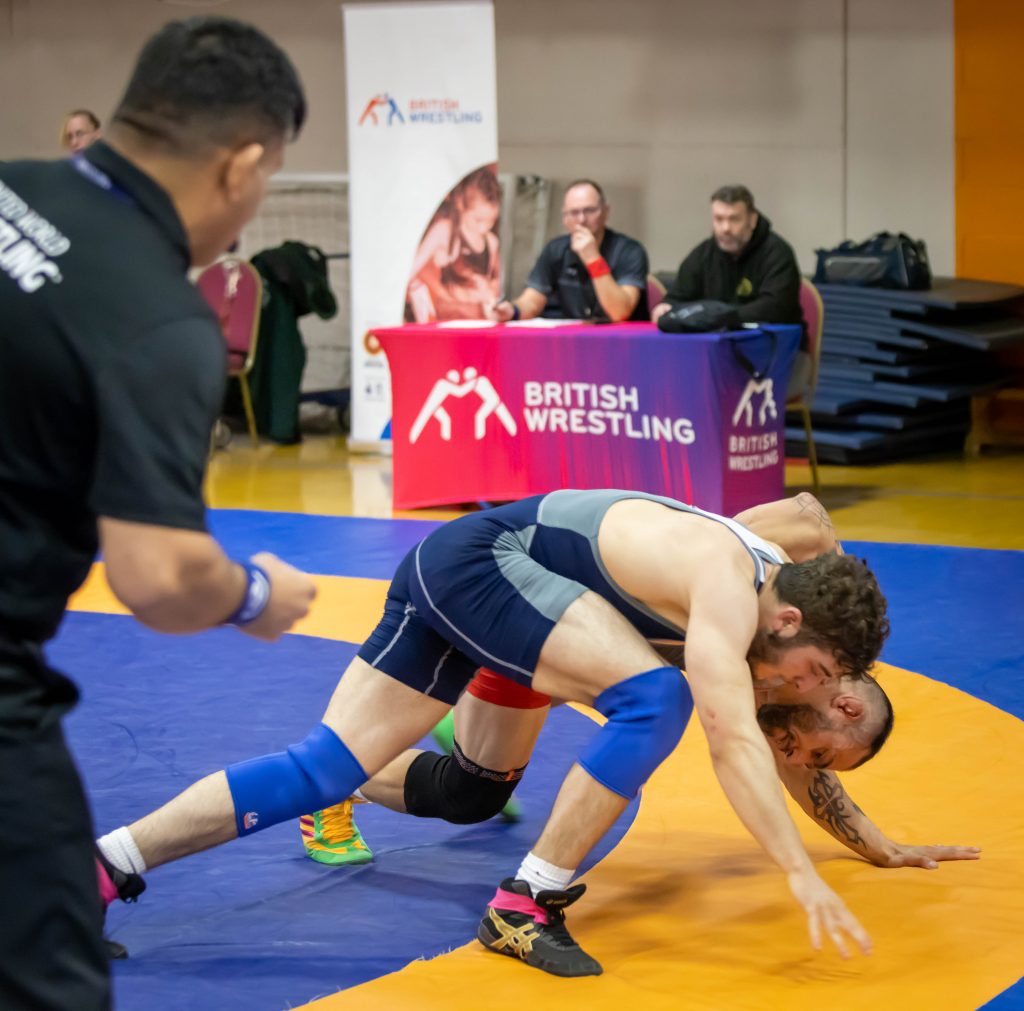 Thank you to all the volunteers and officials for making the competition happen Credit: Dave Morgan

Congratulations to all the wrestlers and coaches on what was an incredibly tough tournament in all brackets! We look forward to seeing you at the English Seniors in February, check the website and social media for more details coming soon.