United in the Square 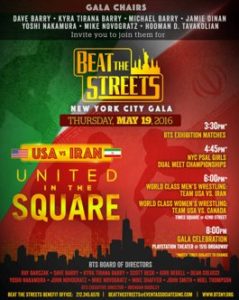 In echos of Wrestling at Grand Central Station, New York, back in 2013, Team USA is again wrestling against Iran in New York, this time in Times Square.

On the last occasion, Wrestling showed its power as a sport to unite the world, bringing together world powers that did not see eye-to-eye at the time.  Russia and Iran joined the US at Grand Central Station and also in the first ever joint presentation by the countries at the United Nations.

The demonstration of solidarity contributed to Wrestling winning back a place at the Olympics at the September 2013 IOC Session in Buenos Aries.

This demonstration of solidarity came in the face of the International Olympic Committee’s decision to remove Wrestling from the Olympic Games in May of that year year.

The IOC President of the time said “Wrestling has shown great passion and resilience in the last few months. They have taken a number of steps to modernise and improve their sport, including the addition of more women and athletes in decision-making positions; rule changes to make the sport more exciting and easy to understand; and an increase in the number of women’s competitions. We are pleased with their reaction and happy to have wrestling on the Olympic programme in 2020 and 2024.” 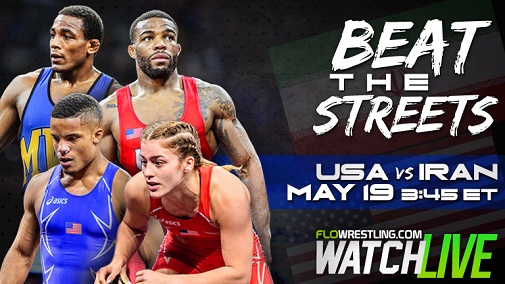