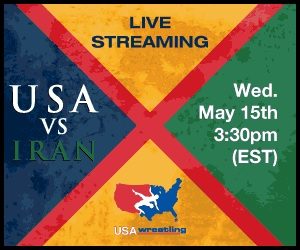 The “Rumble On The Rails” is to be webcast live on TeamUSA.org on Wednesday, May 15

A live video stream will be available from “The Rumble on the Rails,” the international wrestling event featuring the United States, Iran and Russia from historic Grand Central Terminal in New York City on Wednesday, May 15. 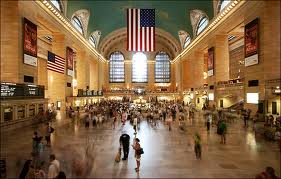 This stream will be free of charge and hosted on TeamUSA.org, the official website of the U.S. Olympic Committee. To see the webcast, visit: http://www.teamusa.org/live
Both events in Grand Central Terminal will be webcast live. The USA vs. Iran dual meet will be streamed at 3:30 p.m. ET, followed by the USA vs. Russia dual meet at 6:00 p.m.

The World Wrestling Month competition in the UK is the 2013 Sharples Bolton Open on 18th May
Numerous World and Olympic medalists will be showcased during the Grand Central event. The USA vs. Iran dual will be in men’s Freestyle wrestling, while the USA vs. Russia dual will feature all three Olympic styles: Freestyle; Greco Roman; Female Wrestling.

The westlers from United States, Iran and Russia held a news conference at U.N. headquarters where they weighed in prior to the competition.