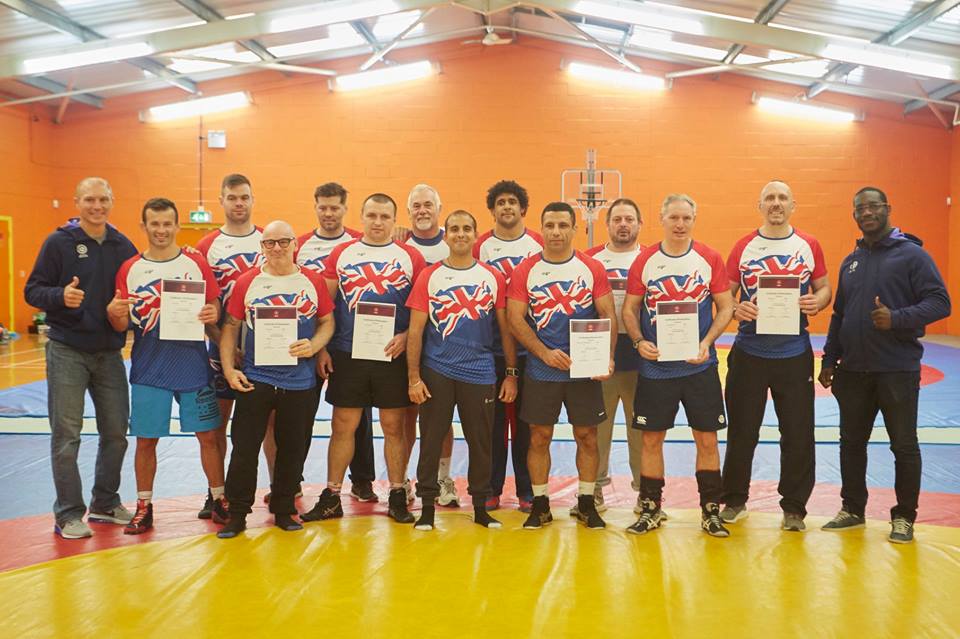 All delegates had previously attended UWW’s well-established Coach Level 1 course last November 2017, when UWW had chosen Salford as the location for their first-ever Referee/Coach Educator course. 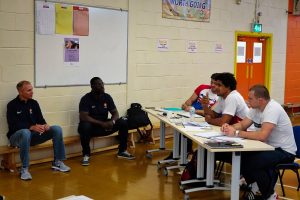 Feedback from attendees and course leaders about the course was universally positive and the Coach Level II course is now ready for roll-out across the world, to build a firm framework for the growth of wrestling.

“I thought the coaches that attended did a phenomenal job throughout the week,’ said Errett. “They came with a great attitude and effort each day.” 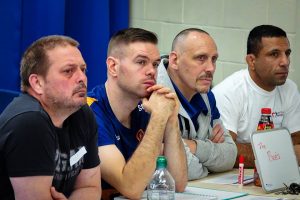 Logistics for the event were coordinated by Barry Pollin (Operations and Academy Manager) and David Ong with UWW leadership given by Deqa Niamkey (UWW Development Director).

Extracts from the 2016-18 UWW Activity Report made record of the courses as below.

The report was delivered at the 2018 International UWW Congress, for period between the last Congress in Mâcon (2016) and the Congress of Budapest (2018).

The 2018 “Ordinary Congress” was held on 19th October 2018, the day before the commencement of the World Championships in Budapest, Hungary.

Referees and Coaches Education
Education Pathway was established and approved by the UWW Bureau during the bureau meeting in Paris. Nine (9) referee and seven (7) coach educators were certified in Nov 2017 in Manchester. They will be conducting refereeing and coaching courses at national and continental levels. 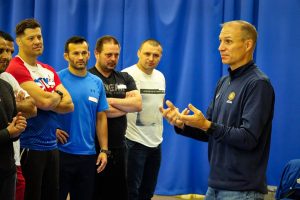 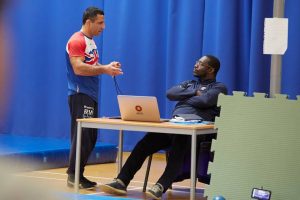 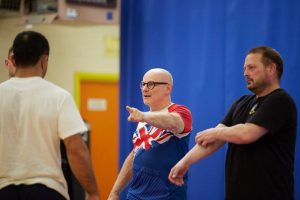 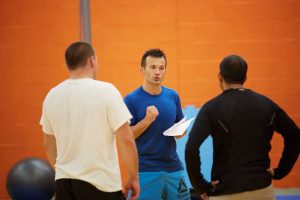