KUALA LUMPUR (August 3) – The International Olympic Committee (IOC) voted Monday to add United World Wrestling president Nenad Lalovic as the newest member of the IOC. He becomes the first IOC member from the sport of wrestling.

A businessman from Belgrade, the 56-year-old Lalovic has overseen several dramatic and popular changes to one of the Olympic Games’ oldest sports. Lalovic was named the president of United World Wrestling in the February 2013 and has since led a rebranding initiative, modernized internal governance, improved competition rules and created a robust media operation. 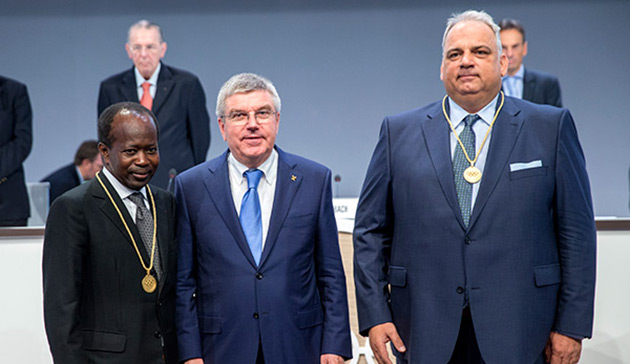 “I am honored to have been nominated and elected as a member of the International Olympic Committee,” said Lalovic. “The IOC is a unique and prestigious institution that embodies the values of excellence, friendship and respect through sport.”

Lalovic was nominated as an International Federation president and joins Senegal Olympic Committee President Mamadou Diagna Ndiaye as the only members elected at the 128th IOC Session.

“I am privileged to represent the sport of wrestling in the Olympic Movement and look forward to contributing to the future success of the IOC and of President Bach’s vision of Agenda 2020.”