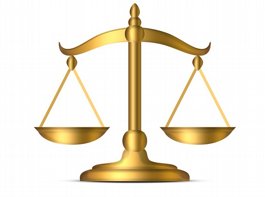 The final decision on the weight categories to be used at the Glasgow 2014 XX Commonwealth Games has now been announced.

As before, there will be seven weight categories in each of Men’s and Women’s Freestyle Wrestling, each weight commanding 4 medals (Gold, Silver and 2x Bronze).

The list of weight categories that will be used in at Glasgow 2014 are given below:

The decision allows the Glasgow 2014 XX Commonwealth Games, a multi-sport tournament, to retain the same number of medals overall for Wrestling, whilst at the same time utilising FILA’s new weights, first announced on 17th December 2013.

In the same way, the Rio 2016 Olympics will have the same overall number of medals for Wrestling as did London 2012, derived from 18 weight categories.  But these will be distributed 6 each to Greco-Roman, Men’s and Women’s Freestyle compared with the earlier 7-7-4 respectively.

The news came too late for the English Senior Championships (link) to be held in Solihul on Sunday 23rd February, for which a firm decision was taken on 1st February on weight categories – in the interests of the athletes needing to be able to plan properly to make weight.