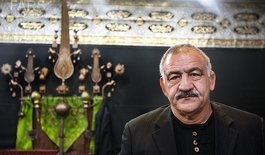 Iranian wrestling legend Alireza SOLEIMANI has died. According to the Iranian Wrestling Federation the 1989 world champion freestyle wrestler and Asian Games champion had been sick for several months and passed away after a heart attack Wednesday in Tehran. He was 58.

Born February 2, 1956 in Tehran, Soleimani rose to acclaim fame as a six-time bracelet winner in Koshti Pehlavani, the traditional form of strength and wrestling in the Persian Empire, and later modern day Iran. In addition to his 1989 world championship Soleimani was also four-time Asian Champion in freestyle wrestling and won the 1986 Asian Games at superheavyweight. 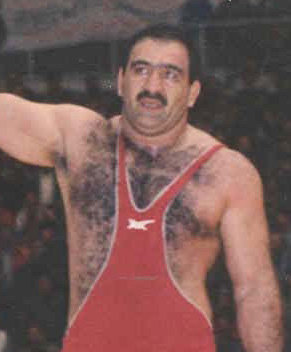 Soleimani became Iran’s first superheavyweight world champion in 1989 when he bested four-time Olympic medalist Bruce BAUMGARTNER (USA) in the gold medal finals in Martigny. The wrestlers faced each other during a tense political situation and Soleimani’s victory resonated with the Iranian people. Twenty-five years after his triumph, Soleimani remains Iran’s only heavyweight world title-holder and a legend among wrestling fans.