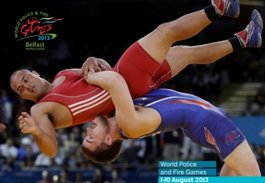 On 5th and 6th of August, Belfast played host to competitors of around 40 wrestling nations at the 2013 World Police and Fire Games, a festival of sport that takes place every two years for the staff of the Police, Fire and other emergency services worldwide.

Belfast commenced its successful bid to host the games seven years earlier.
Barry Pollin, Chairman of the Northern Ireland Wrestling Association was the Competition Manager for wrestling and contributed to the overall organisation. 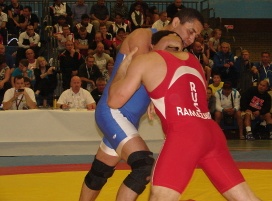 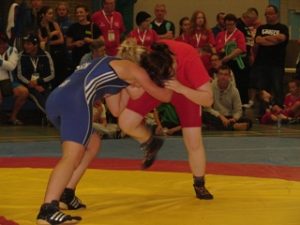 There is currently no female wrestling event in the Games, but it is hoped that this may change for the next event, at Fairfax, Washington, USA.
But as a possible foreshadowing of things to come, female wrestling was showcased before the lunch interval on the first day – by Jayne Clason, a fire-fighter from Scotland, and Sarah Mcdaid and Jenny Kitson, both from Northern Ireland. Jayne won the bouts and was presented with a medal. 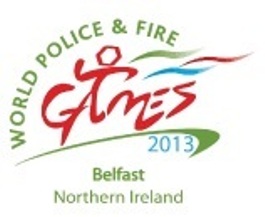 Patients from Belfast’s Island Day Centre attended on the first day and children from the Shankill Women’s Centre children’s summer play scheme attended on the second day and all were sad when they had to leave.