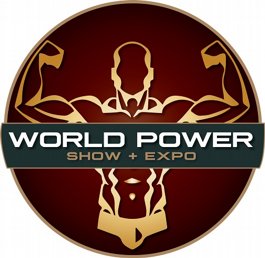 On Saturday 2nd July 2016, West London Wrestling Club, in conjunction with the British Wrestling Association, were asked to showcase Olympic Wrestling at the 2016 World Power Show.

The event took place in the London Excel Arena – the home for Wrestling at the 2012 Olympic Games.

In total, 21 wrestlers from all over the world participated in the wrestling show.  All 17 matches were outstanding and of a very high level and it was a spectacular day of matches. We were very fortunate enough to have Dave Sudron, 2012 Olympic Referee who also represented Team GB, officiate at the show.

Wrestlers had the opportunity to meet other sports’ athletes and sports goods providers to share best practice within each other’s disciplines. 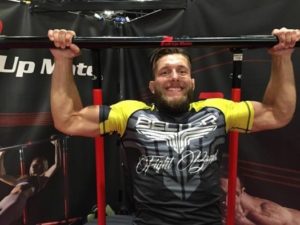 Ronnie Coleman (8 times Mr Olympia and arguably the greatest bodybuilders of all time) and Andy Turner, were at the show.

One of the Polish wrestlers, Mateuz Bierzanowski, put the wrestlers on the map at the show by winning the chin–up and dips competition at the event, in total he managed 29 pull ups and 72 dips. He also went home with a free dip and pull up machine, sponsored by Pull Up Mate.

A lack of regular match experience is one of the major flaws of being a minority sport within Great Britain, but this event gave wrestlers that valuable experience and opportunity to wrestle under competition pressure.

Spectators asked questions about wrestling, which was fantastic, and we had a special guest attend, Ian Bevan, who had previously served the Southern Region and the British Wrestling Association for many years. It was an honour for us to see him at the event supporting athletes.

Two of the British Wrestling Association’s Non-Executive Directors, Daniela Bauch and Shaherah Jordan also came along to support the event and experience wrestling live for the first time. 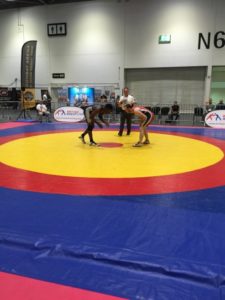 Match of the day went to Igor Strihar (Ukraine) Vs Tanasa Gheorghita (Romania). The bout finished 3-3 with Tanasa being declared the winner as he scored 2,1 whereas Igor scored 1,1,1. Tanasa received a caution in the second period but because he scored the highest number of points with one move, he won.

Regular match experience pays a vital part in the success of a wrestler’s career, as it helps you to realise your mistakes, helps you understand the rules of wrestling and identifies areas that you need to work on.

The next event is being scheduled in Bedford for Sunday 7th August 2016.  If you are interested in competing please contact Jatinder Singh Rakhra for more details e-mail
EnglandATL@britishwrestling.org

A special thanks needs to be given to Jatinder Singh Rakhra for the organisation of the event and for putting wrestling on the map at the 2016 World Power Show & Expo. West London Wrestling Club t-shirts were handed out to all athletes and officials on the day as a token of appreciation to all those who attended.

Below is a list of everyone who was involved in making the event a success: 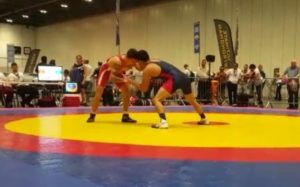 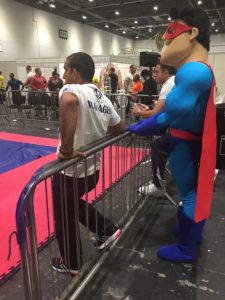 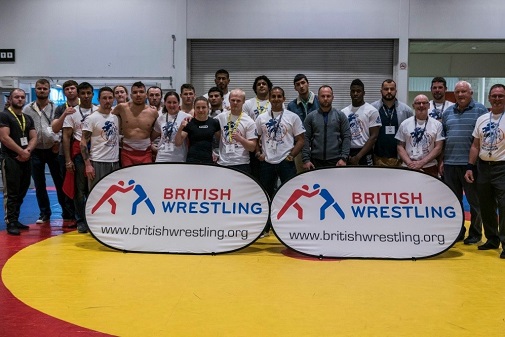