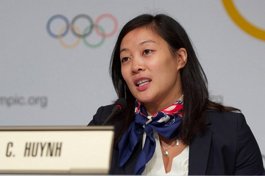 Wrestlers are getting noticed…

The 35-year-old from Hazelton, B.C., made history at the 2008 Beijing Games when she captured Canada’s first-ever Olympic gold medal in women’s wrestling. It was the country’s first medal at those Games. 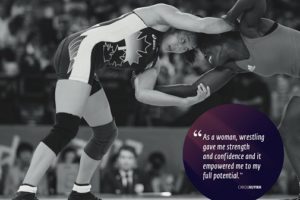 “My Olympic experience has largely defined my life and I’m excited to accompany other athletes along their journeys,” Huynh said. “I have been given an extraordinary opportunity to give back to sport, the Olympic movement and the country. I’m entirely committed to make the best of that opportunity.”

Huynh was a key part of the group that lobbied the International Olympic Committee to keep her sport on the Olympic program after the IOC planned to remove it as of 2020. She and fellow Olympic champion Daniel Igali were part of a six-member team that pleaded wrestling’s case in a presentation to the IOC in St. Petersburgh, Russia 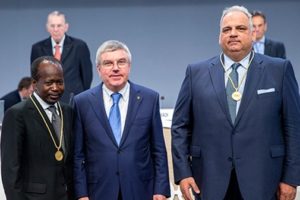 In November 2015, Nenad Lalovic replaced Sepp Blatter as IOC representative to the WADA Commission and Foundation Board.

For 2007-2015, Michael Cavanagh was Chair of Commonwealth Games Scotland (having been a Board member since 2003) and was on the Board that delivered the successful Glasgow 2014 Commonwealth Games. Michael trained as a PE teacher and worked for 18 years in public sector sport and leisure management. He currently manages the East of Scotland Institute of Sport, part of the performance sports network in Scotland.  Michael was an international athlete, competing for Scotland and Great Britain in wrestling.

At the Delhi 2010 Commonwealth Games, Mark Montgomery carried the flag for the Northern Ireland team in the opening ceremony