Wrestling returns to its Birthplace 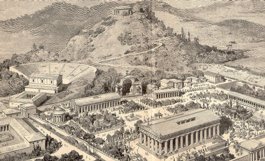 Rare access to compete at the birthplace of the ancient Olympics in southern Greece has been given as part of the campaign to save Wrestling from being dropped after the 2016 Games.

The site at Ancient Olympia, 200 miles southwest of Athens, is normally off limits to sporting competitions and is used for the Olympic torch lighting ceremony. 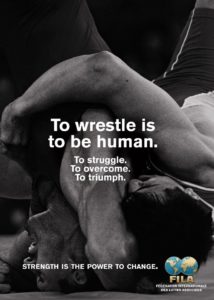 Both days of the tournament, Saturday (20th) and Sunday (21st) will be shared live on the official FILA Facebook page at https://www.facebook.com/fila.official

Sunday’s broadcast schedule:
15:30, beginning with a ceremony in Ancient Olympia, followed by the final matches.

Male and female wrestlers from Albania, Brazil, Germany, Great Britain, Greece, Iran, Russia and the United States, will compete in this tournament, which will be run under the new rules passed by the FILA Bureau at its Extraordinary Congress in May.

It will be attended by Greek officials and the President of FILA, Nenad Lalovic, who said in an interview on Friday that he was “very thankful” for being granted access to Olympia.

In addition to the matches, wrestlers will have the opportunity to walk the grounds of Ancient Olympia, including the Palaestra and the Stadium at Olympia. Both of these locations hold significant meaning to the sport of wrestling, as heroes of the sport, such as Milo of Croton, have stepped foot on the very same ground.

There will be representation from England, Wales and Scotland at the tournament.

FILA President, Nenad Lalovic, who will be attending the tournament, noted, “We’ve been there before, almost 3,000 years ago in the first Olympic Games. We look forward to returning to our roots with this special event that shows the passion of the sport of wrestling. We want our wrestlers to reach back and feel what those special athletes on the fields of Olympia did those many years ago when our sport helped start the Olympic Games.”

Greek Wrestling Federation President Constantine Thanos added, “It is a great honor to host such an event at the birthplace of the Olympic Games. The Greek Wrestling generation is excited and feels confident this event will echo to the world the historic importance of the sport of wrestling as an integral part of the Modern Olympic Games as it was for the ancient Games”
Wrestling, along with Squash and Baseball/Softball, will be considered for inclusion in the 2020 Olympic Program in a vote, by the full IOC membership, on 8th September 2013 in Buenos Aires.