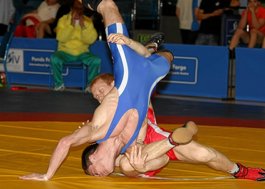 A major national project to strengthen the sport of wrestling from the grassroots upwards is being put into action, as Team GB’s representative makes her bow at the Olympic games. 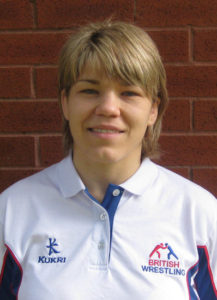 As Olga Butkevych, 26, prepares to compete in the Women’s 55 kg event at the ExCel Arena in London, British Wrestling’s new club development and support project is in now fully operational.

Its overall aim is to improve many aspects of British Wrestling’s core network of clubs and thus capitalise on the sport’s increased profile as an Olympic discipline. A key element is to ensure these clubs are ready to accommodate increased interest and a wave of potential new participants likely to be generated.

British Wrestling has commissioned leading independent sports and leisure consultancy Knight, Kavanagh and Page (KKP) to deliver the project. The consultancy will use its extensive sports development expertise to assist clubs to identify factors that will contribute to success and work with them on tailored improvement plans.

Recruiting and retaining participants and volunteers, improving the quality of coaching and improving links with schools are among the key areas to be tackled. 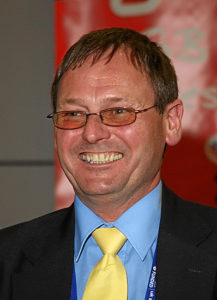 Inspiration for future volunteers comes from Dave Sudron, (pictured here to the left) one of British Wrestling’s foremost volunteers in action throughout London 2012 having achieved the rare status of Olympic Level Referee.

Many other volunteers from British Wrestling are supporting the Wrestling Competition Manager’s delivery of Wrestling in the ExCel.

“We are delighted that this club development project is being implemented as wrestling plays its part in Team GB’s efforts to succeed in London 2012”, said British Wrestling Chief Executive Colin Nicholson.  “It is also a key element of British Wrestling’s contribution to delivering a post-Games legacy for our sport”.

Nicholson added: “By strengthening our network of clubs throughout the country, we believe we will create both opportunities to increase wrestling participation at grass-roots level and identify the next generation of elite performers who will compete in Rio 2016 and future Olympics beyond that”.

KKP Chief Executive John Eady added: “We are delighted to work with British Wrestling on a project which has such significance and potential benefit. “The work is a good match for KKP’s role as the management agency for the development and delivery of Sport England’s Community Sport Development Programme (incorporating Clubmark) making the consultancy an ideal partner for the National Governing Body during this project. “We now look forward to seeing British Wrestling grow and prosper during and after the London Olympics.” 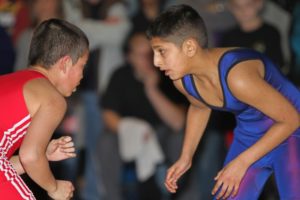 Other key elements of the wrestling club support project include improving day-to-day club management, securing access to and making effective use of facilities and support for funding applications. These contribute to achieving participation and high performance by individuals and teams and the production of talent for regional and national representative squads.

Key clubs from each region will be brought together in workshop style events to share specific issues and information.

KKP has a successful track record in supporting and/or leading national club support programmes covering, for example, gymnastics, football, judo and rugby union. The process developed for the RFU is now widely utilised across England to underpin its national club development programme. It will draw upon its in-house bank of resources to provide highly effective support for this.

These include GIS mapping, Mosaic and Sport England market segmentation plus its qualitative and quantitative market research capability.

Other British Wrestling initiatives being progressed to secure the legacy of the home Olympic games are:-