Wrestling wins over Rugby and Judo in Blackburn 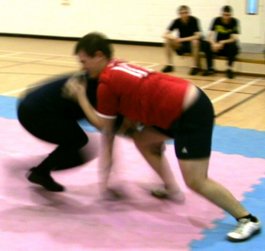 The session was so successful that students demanded Eddy return and deliver a practical so that they could all experience wrestling themselves. Eddy takes up the story… 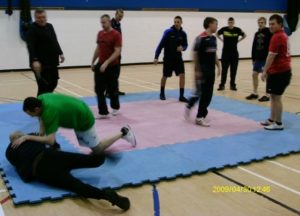 “As I walked into the sports hall I was greeted with the usual wrestling taunts from the pro game with on this occasion Big Mickey shouting Easy Easy, Big Daddy’s old rant off World-of-Sport back in the 1970’s . Mickey must have a secret video collection to know all this as he is in his early 20’s and wouldn’t have been born when Big Daddy was strutting his stuff on telly on a Saturday afternoon on world of sport.

Is there something you’re not telling us Mickey? All the time I was hearing Easy Easy the more I was thinking this is not going to be easy and there might be a few people in for a bit of a shock today!

Before the session started we had a little chat and the lad’s said they were up for the challenge ahead of them and to be quite fair to them they were.

We started with a warm up and some basic games. After about 20 minutes I started to see a few worried faces and I knew it wouldn’t be long before I was going to be asked how long was this going to carry on for. So we stopped for a water break and then had a little chat about the rules etc and then carried on showing some groundwork techniques and then we moved on to the takedowns which the guys picked up really quickly. 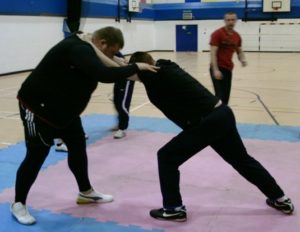 By this time the guys were really motoring and taking on board everything I was showing them. After this came the wrestling and straight away the lads were using techniques we had just done in the earlier part of the session.

We had several wrestling bouts which went down a treat. By this time the lads were beginning to realise that Freestyle Wrestling is not easy and how much of an athlete you need to be to take part in the sport.

With a few minutes left at the end, I asked did anyone want to have one last wrestle and I heard a shout. There was Big Mickey saying “How about me wrestling you?” So with Big Mickey throwing down the gauntlet I couldn’t resist the challenge.

I knew this wasn’t going to be easy because Mickey’s pastimes were Judo and Rugby and just as his name suggest, probably the biggest lad on the campus. Oh yes, I nearly forgot the 20 plus years’ age-gap.

This time Wrestling prevailed – just – and so ended the session with applause from the watching students. It was a great session and the lads were an absolute dream to work with.

Eddy hopes to meet up with them again soon, to show that Wrestling’s dominance was no fluke… 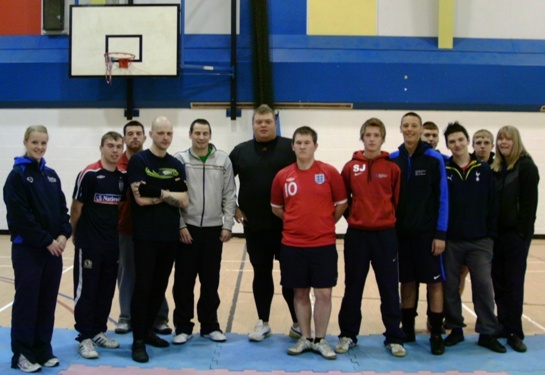 [If you have news for the website, do please mail them to website@britishwrestling.org]