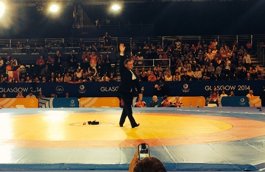 The Commonwealth Games Wrestling Competition ended on a high on 31st July 2014, as Dave Sudron, Britain’s Olympic Level Referee was given the honour of refereeing the final match of the competion.

Great results, a great tournament for the Home Nations & British Wrestling and a great profile for the sport of Wrestling.

Having blown the whistle on the wrestlers, Dave blew time on himself and, in time-honoured tradition, took off his referee’s shoes and wristbands, laid them carefully in the centre of the mat and walked off to rapturous applause. 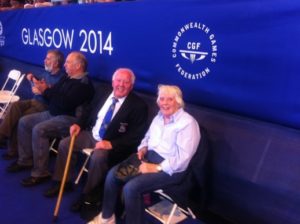 This event and every moment of the exciting three days of competition was watched by 80yr old Albert Aspen and his partner Edna who had the privilege of mat side seats.

During the course of the three days in Glasgow the Home Nations achieved 8 medals.

There was star treatment after Day 1’s 4 medals with Yana, Michael, Chinu, Craig and Donna and Fiona Robertson, twins from Scotland being invited onto BBC’s “Tonight at the Games” with Claire Balding. 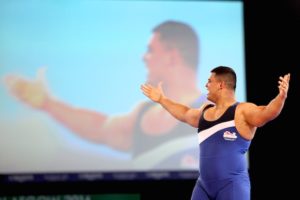 Medallists achieved celebrity status with Yana and Leon Rattigan being recognised as a fantastically talented medalling couple, Viorel Etko and Alex Gladkov became Scottish heroes in the newspapers as they brought back their Nation’s medal targets, and Chinu hit front-page icon status on the FILA website. (link) 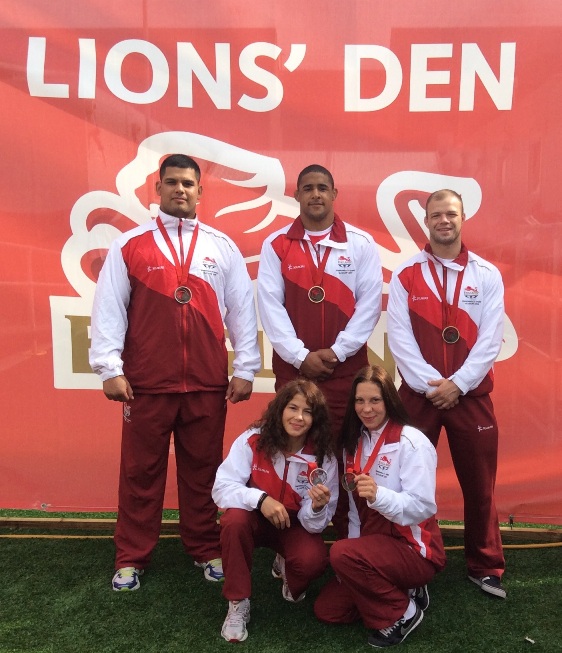 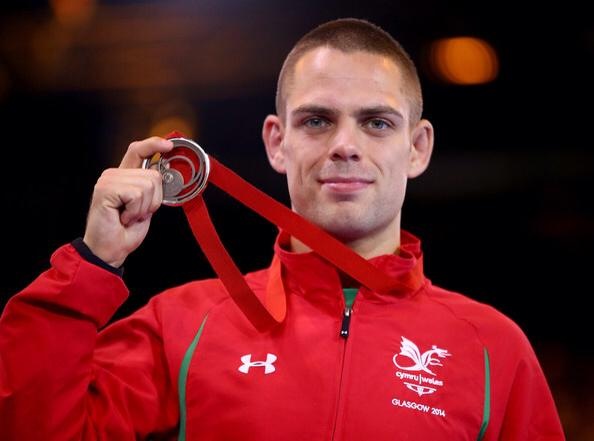 Many of the Technical Officials were BWA members.  Foremost was Victor Keelan, President of the Scottish Wrestling Association, who took the oath at the Games Opening Ceremony on behalf of all Technical Officials (link) and was Referee, along with Richard Phillips, both tirelessly out on the mat throughout the competition. 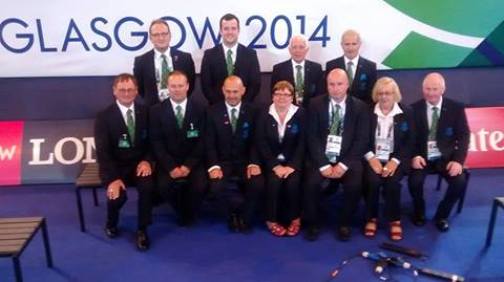 And then there were the Home Nations support staff, who worked tirelessly to deliver their successful teams

And in the background, helping individuals and Nations was British Wrestling’s Administrator, Yvonne Ball who worked tirelessly to secure funding for athletes, visas and passports for athletes and staff across the Home Nations and with additional support for the England Team.  Other unseen contributors to the success of the events were the various Selection Panel and Appeal Committee members who should also be thanked.

And there were many family relationships with roles in the Games: 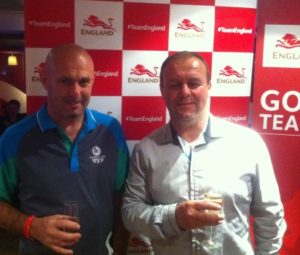 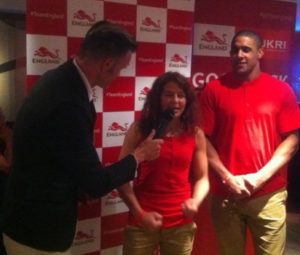 And finally, there were the birthdays during the Friendly Games. Both George Ramm and Richard Phillips celebrated birthdays during the Games!
After the second day of competition, the Commonwealth Wrestling Association held its Congress. Josip Mrkoci (Canada) was re-elected as Chairman and John Saul (Australia) re-elected as Secretary General. Clive Walen (a past president of Canadian Wrestling) was elected as Vice Chairman.

The Welsh Wrestling Association confirmed their bid, initially made at the Delhi 2010 Congress, to hold the next (2015) Commonwealth Championships in Cardiff, Wales.
England was represented by Tony Melling (Chair of the England Committee,) Scotland by Victor Keelan (President of the Scottish Wrestling Association,) Wales by Alan Jones (Performance Manager) and Northern Ireland by John O’Rawe. Colin Nicholson (England) and Ian Wiggett (Wales) attended as observers. 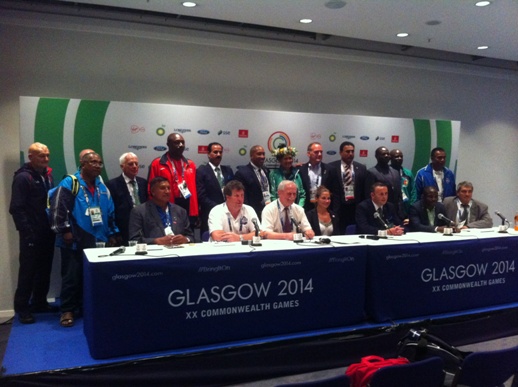 Celebrities seen supporting at the Wrestling Competiton and who gave their support for the Home Nations were Dame Kelly Holmes, Sir Steve Redgrave (a Team England Ambassador) and Howard Webb MBE, English professional football referee, last seen officiating in Rio at the FIFA World Cup. Josip Mrkoci, Chairman of the Commonwealth Wrestling Association attended all of the wrestling. 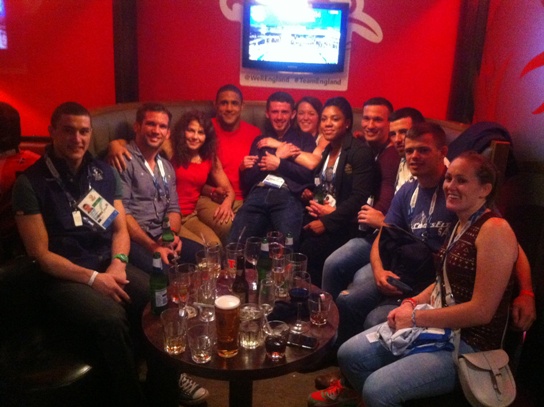 There was sad news too, as Allan Best died after a lifetime’s service to Wrestling (link) and Chair Cary Depel handed in his resignation after a tireless 8mths of driving to take wrestling forward across Britain (link).
And, looking forward to the future, the Wrestling Competition venue flag that was flying over the Scottish Exhibition Conference Centre (SECC,) is now on its way to Northern Ireland to take its place at the new Wrestling/Climbing/Judo Academy at St Columb’s Park, Londonderry, due to open in March 2015. 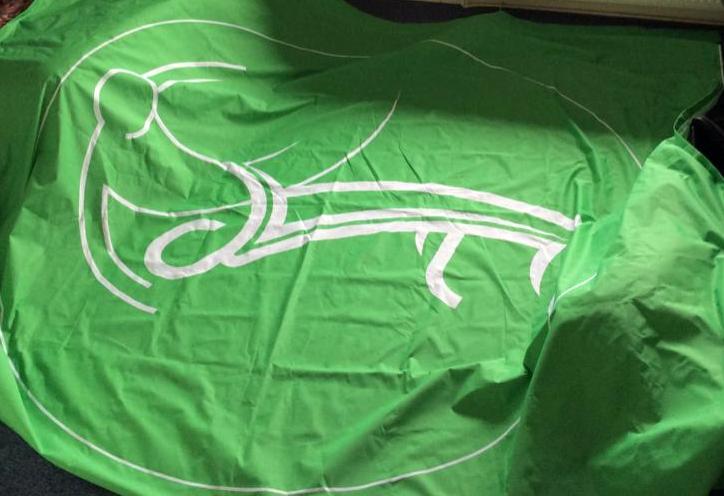 And none of this could have been achieved without the help of our sponsors, in the main the Great British public, through their taxes and participation in the National Lottery – THANK YOU!